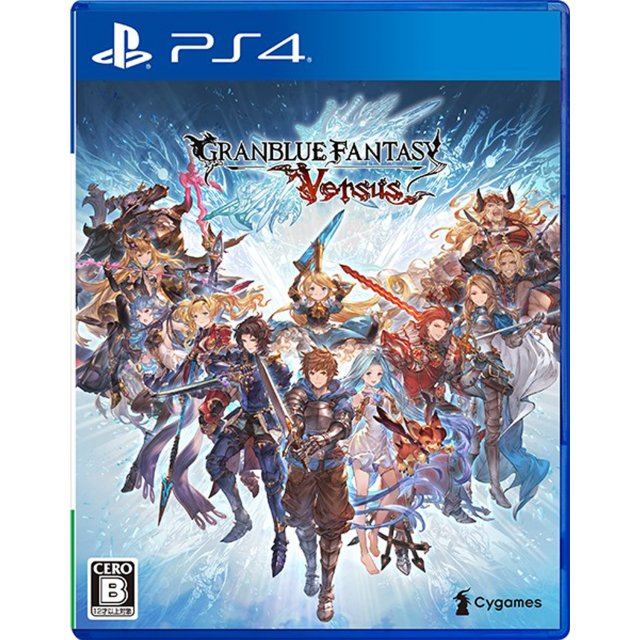 Works on all systems sold worldwide, a correct regional account may be required for online features.
24h In stock, usually ships within 24hrs
Price
US$39.99
Our previous price:
US$ 64.99
You save:
US$ 25.00( 38% )
Play-Asia.com Return & Refund Policy
Click on a thumbnail to see more pictures for Granblue Fantasy Versus

In a world where adventurers roam the skies on airships, and the floating islands of the Skydoms lead their way, the Grandcypher—an airship of massive proportions—sets out on a magnificent journey, traveling the islands, and picking up a veritable army of sellswords, knights, and mages along the way… However, these heroes of the sky will soon embark on a brand-new adventure, where battle and glory await!

An international mobile game hit, Granblue Fantasy has topped the charts, charming players across the globe with a plethora of lovable characters and story-driven mechanics. Now, legendary fighting game studio Arc System Works and Cygames are teaming up to bring the universe to home console in an action-packed head-to-head fighter. Featuring a colorful cast of their most popular “crewmembers,” each with a unique fighting style that is easy to learn but hard to master, Granblue Fantasy: Versus is sure to appeal to fans of Granblue lore and fighting games alike.

Persona 5 Scramble: The Phantom Strikers
US$ 81.99

No reviews for Granblue Fantasy Versus yet.