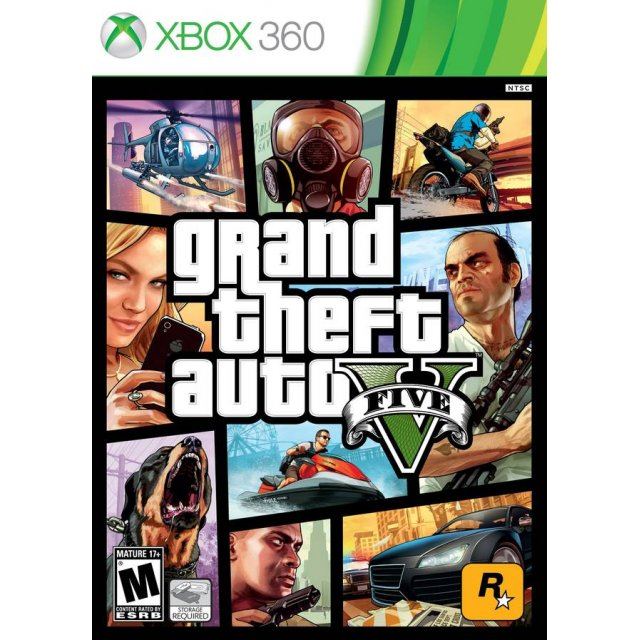 Rockstar Games
Rated
By Our Customers
Compatible with Xbox360™ (X360)

Works on all systems sold worldwide, a correct regional account may be required for online features.
1w Expected stock arrival within 1 week.
US$29.99
Our previous price:US$ 57.99
You save: US$ 28.00( 48% )
Manufacturer
Rockstar Games
Rated By Our Customers
1w Expected stock arrival within 1 week
Price
US$29.99
Our previous price:
US$ 57.99
You save:
US$ 28.00( 48% )
Play-Asia.com Return & Refund Policy
Trustpilot
Trustpilot

[This review is based on another version of this product]
Hydros (4) on 03, Mar. 2017 14:45 (HKT)
Amazing Game! Great Service!
I had recently built my own PC rig, and I was looking to get GTA V on PC. The Price is cheaper than most stores which sell for $60. Play Asia gives a great deal on GTA V for PC.

GTA V is also a very fun game and will have you playing for countless hours in single player and online gameplay!

I highly recommend getting GTA V for PC if you have the proper hardware to run the game on your computer. PlayAsia offers a great deal on the game!

Service from PlayAsia was quick and easy to receive the game code and redeem it!