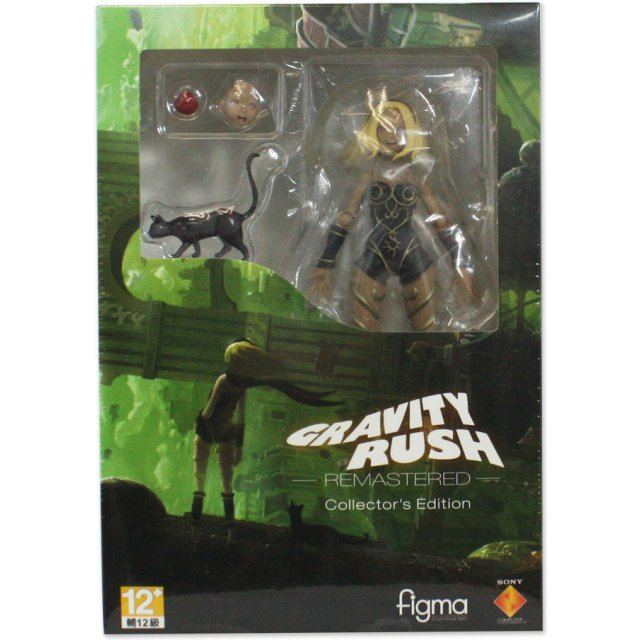 Sony have announced that they are upgrading the hit 2012 PS Vita title Gravity Rush (Gravity Daze), where players shift from walls to buildings and streets as they manipulate gravity, for the PS4 titled Gravity Rush Remastered. The game is set to release December 10 in Japan & Asia, on February 9 in North America, and on February 10 in Europe. For our North American readers, Gravity Rush Remastered will be a digital-only release for your region. Fortunately, Asia will release a version with English subtitles this December.

It goes without saying that we can expect graphical upgrades worthy of the PS4 in the upcoming Gravity Rush Remastered, the most obvious of which will be that the game now plays in full HD: 1080p and 60 FPS. On top of that all three of the original DLC packs that released alongside Gravity Rush: The Spy Pack, The Maid Pack, and The Military Pack will also be included in the Remastered version of the game.

If you are familiar with Gravity Rush Remastered [Collector's Edition] (Chinese & English Subs), why not let others know?

[This review is based on another version of this product]
hyosuke (38) on 14, Nov. 2017 07:28 (HKT)
Amazin
This is amazing. I dont regret buying it. The story is so catchy. Really fun. Aiming to finish this and get Gravity Rush 2 for my collection.
[This review is based on another version of this product]
sergiovillicaa (92) on 19, Oct. 2017 22:08 (HKT)
Very good port!!
I played the original game in the ps vita, but I downloaded only for one month because this game was free long time ago in psn plus, I had a free code for one month and played this game, I thought this was a very good game, for some reason I never buyed, for me I feel a 3d game should be for a home console. The after seen the announce of gravity rush 2, I wanted to buy that game, but to have the collection complete I should buy the first one, also this game this days for some reason the availability is limited, not many stores sell this game, even the american version in play asia is sold out, but the hong kong version supports english, so no problem.

The game looks very good with this remastered version, you play in a floating city, you have to fight some dark monsters and you can change the gravity point, so your characters gets attracted to other gravity, can be the sky or a wall, so you are falling in different direction, this makes very interesting gameplay, you can walk in walls or the ceiling, so there are side missions you can look all around the world, very recommendable game, also the fighting is real time, you have a kick button, while falling down you can do a jump kick, like dragon ball z stile, charging the speed from very far and gaining speed of this kick while falling.
[This review is based on another version of this product]
Spieluhr (13) on 03, Jun. 2016 01:01 (HKT)
No title
Very nice game
[This review is based on another version of this product]
usman_amir2000 (42) on 29, Apr. 2016 22:24 (HKT)
What an amazing game :)
What an amazing game :)
Excellent HD Remastered and recommended
[This review is based on another version of this product]
Imation (464) on 02, Feb. 2016 07:55 (HKT)
awesome game
ideal to people that never playing ps vita version, all is "remastered" on ps4
1 »