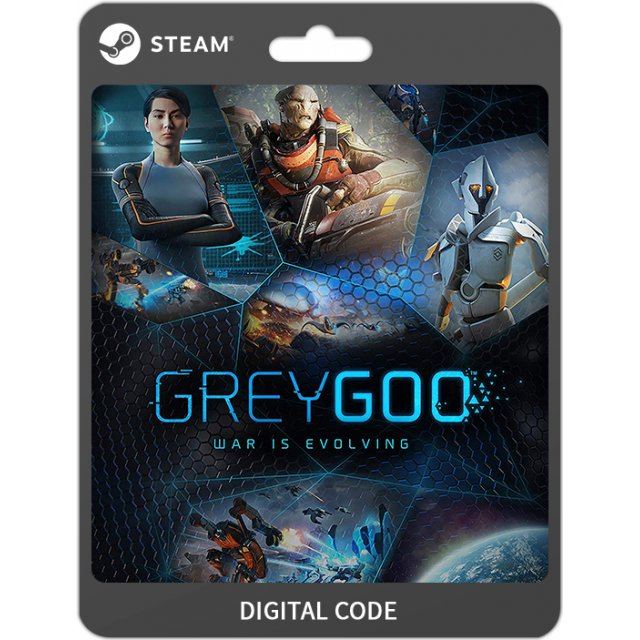 The critically acclaimed RTS game, Grey Goo has caught the heart and attention of every fan of this genre, making it a stand-out RTS that perfects the formula of blending old with new to create something familiar but fresh. Developed by Petroglyph and published by Grey Box, Grey Goo is a base-building at its core that aims to reinvent the modern standard RTS by making an emphasis on tactics over micro-management.

Set in a remote planet known as Ecosystem 9, three unique factions face off: the Beta, the Humans, and the Goo. Each faction features a unique set of units, strategies, and play style. The Beta faction is a proud, versatile alien race who relies on speed, mobility, and power to dominate the battle; they can build anywhere on the map and have the best defensive structures. The Human faction, masters of defensive architecture and known as great thinkers, possess teleportation and an advanced power system to build massive bases and AI-controlled combat vehicles to fight hostile alien creatures. Lastly, the Goo faction, an enigmatic and highly mobile life form that can demolish and absorb anything in their way, forming themselves into new units. As every faction has their own strengths and weaknesses, learning to master them will help you survive and conquer.

Explore further, Fight harder. Grey Goo features a single-player campaign and competitive multiplayer options. Play online or offline LAN multiplayer in a 1v1, 2v2, or 4-player free-for-all. Top the Leaderboards and decide who will be the last one standing!

No reviews for Grey Goo yet.