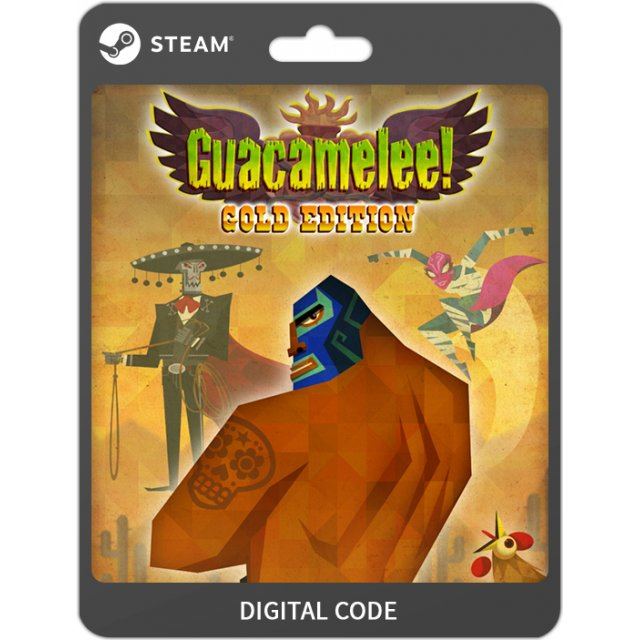 Region Free
This item will deliver instantly in your account. Some orders may be subject to verification by SMS or Voice which may cause delays.
US$2.87
Manufacturer
DrinkBox Studios
Compatible With Windows™ (PC)
Version

Guacamelee! Gold Editionis a Metroid-vania style action-platformer set in a magical Mexican inspired world. The game draws its inspiration from traditional Mexican culture and folklore, and features many interesting and unique characters.

Guacamelee! builds upon the classic open-world Metroid-vania style of games, by adding a strong melee combat component, a new dimension switching mechanic, and cooperative same-screen multiplayer for the entire story. The game also blurs the boundaries between combat and platforming by making many of the moves useful and necessary for both of these.

Travel through a mystical and mysterious Mexican world as a Luchador using the power of your two fists to battle evil. Uncover hidden wrestling techniques like the Rooster Uppercut, and Dimension Swap to open new areas and secrets.

No reviews for Guacamelee! [Gold Edition] yet.