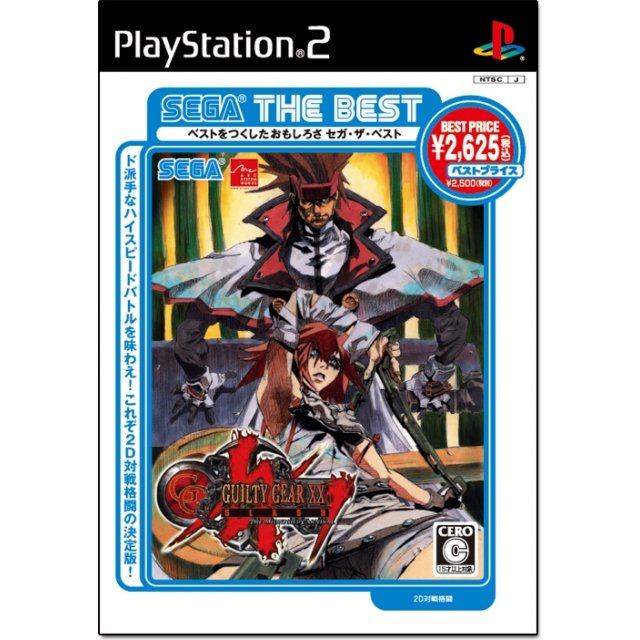 Guilty Gear XX Slash is a port from the latest Arcade 2D fighting game, developed by Sammy/Sega. This installment includes two new characters compared to the #Reload series adoption.The first character is Order-Sol, who is a different version of the main character Sol and shares a number of his super moves. The second one is A.B.A, who previously made her appearance in Guilty Gear Isuka, but with new super attacks.The home console version contains a number of different game modes: Arcade, Versus 2P, Versus CPU, Training, Survival, Gallery and Sound. There is also a M.O.M.E. mode, which is a score attack mode as well as a Mission mode, where you work through a number of missions with three levels of difficulty. The game's interface itself also got a new face-lift, with new menu screens and a graphical stage selection screen.お求めやすいベスト版で登場！ファン待望の「聖騎士団ソル」と、『ギルティギアイスカ』で話題となった「アバ」がついに参戦。アーケード版と違和感なくプレイできる忠実な移殖に加え、家庭用オリジナル要素も満載！

No reviews for Guilty Gear XX Slash (Sega the Best) yet.