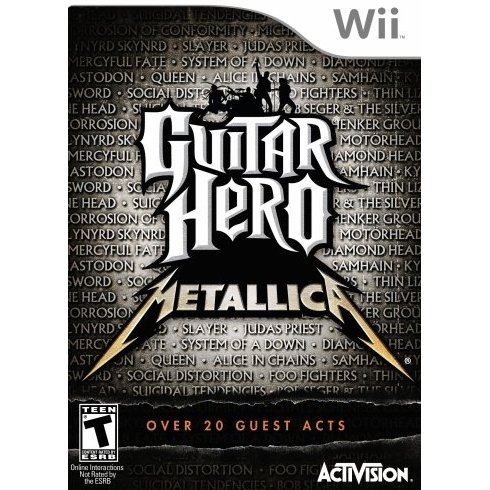 sold Out of print / Out of stock.
Manufacturer
Activision
Compatible With Nintendo™ Wii (Wii™)
Version

“Ride the Lightning” with musical icons Metallica and over 20 other rocking acts in an all new Guitar Hero® experience - Guitar Hero® Metallica®. Enter the world of Lars Ulrich, James Hetfield, Kirk Hammett and Robert Trujillo and experience the intensity and skill of one of the greatest bands of all time. Shred on guitar, rip on drums and wail on the mic to a set list featuring over 45 explosive hits from Metallica’s illustrious career and a wide variety of other legendary artists personally selected by the band, such as Alice In Chains, Foo Fighters and Queen. Fans will be able to rock as Metallica while performing in venues reminiscent of the band’s epic album covers, themes from their music and real world locales.

No reviews for Guitar Hero Metallica yet.