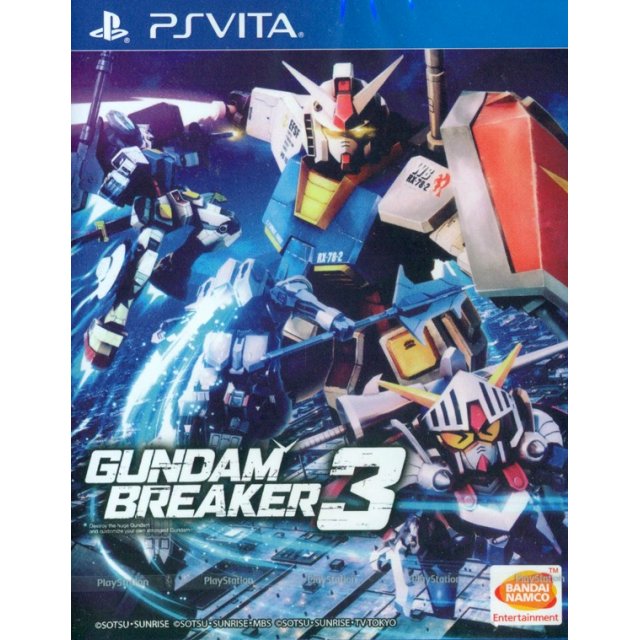 If you are familiar with Gundam Breaker 3 (English Subs), why not let others know?

ob1kenob (3) on 25, Sep. 2017 02:43 (HKT)
Fantastic Game!
I am just discovering the Gundam Universe and its been an amazing journey! About the game, it has great graphics and tons of gundam customization so you can create your ideal Gunpla. Highly recommended for gundam and mecha fans.
splodem (40) on 06, Jun. 2017 12:09 (HKT)
Amazing game!
If you don't pick up Gundam Breaker 3 Break Edition, do yourself a favor and grab this one! It's a great game, and will keep you busy for a very long time. The story isn't anything great, but trust me, once you get going and start piecing together your custom mechs, you'll quickly realize it doesn't matter.
albertn33 (1) on 03, May. 2017 03:05 (HKT)
A must have for Gundam fans...
I have enjoyed most Gundam games and this one didn't disappoint. Gundam Breaker 3 adds the fun of taking down countless enemies with the ability to customize your Mobile Suit in pretty much every way you would want. I was also surprised that it only took 2 weeks to arrive from Singapore to the US. Great game, good shipping, completely worth having it you are the slightest Gundam fan.
gcosta5987 (1) on 30, Apr. 2017 14:19 (HKT)
Awesome Game
Really cool hack/slash action game similar to musou games like Dynasty Warriors. The gundam customization is awesome. Story is only ok, but the action more than makes up for it.

the vita version experiences frequent frame drops, but the game remains very playable.
splodem (40) on 17, Mar. 2017 12:49 (HKT)
Incredible game
What can I say other than BUY THIS GAME BEFORE IT'S TOO LATE! You don't need to be a gundam fan to appreciate this game. Tons of customization, and plenty to keep you busy for long time.
1 »