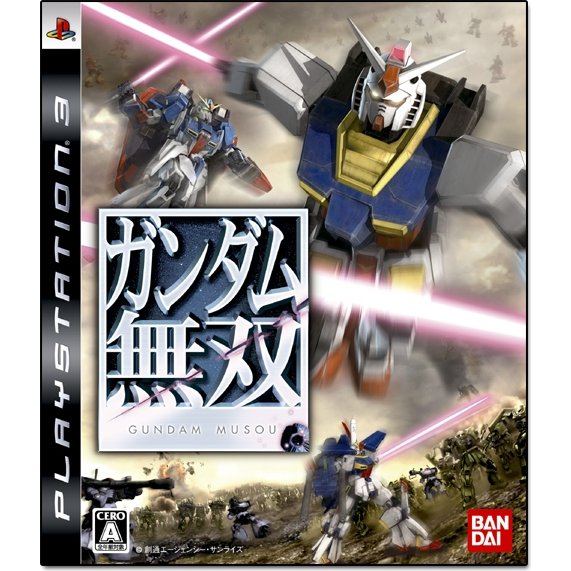 Works on all systems sold worldwide, a correct regional account may be required for online features.
1w Expected stock arrival within 1 week.
US$37.99
Our previous price:US$ 52.99
You save: US$ 15.00( 28% )
Manufacturer
Bandai Entertainment
Rated By Our Customers
Compatible With PlayStation 3™ (PS3™)
Version

Works on all systems sold worldwide, a correct regional account may be required for online features.
1w Expected stock arrival within 1 week
Price
US$37.99
Our previous price:
US$ 52.99
You save:
US$ 15.00( 28% )
Play-Asia.com Return & Refund Policy
Click on a thumbnail to see more pictures for Gundam Musou

Gundam meets Koei's popular Musou (Dynasty Warriors) series in this action packed PlayStation3™ hit. Gundam Musou features mobile suits from three of the Gundam series: the original Gundam, Zeta Gundam and Gundam ZZ.You take the role of the main character from each of the series and play important battles from each story, putting you right in the heart of the action. Characters included are Ray Amuro (pilot of the original Gundam), Char Aznable (and his special Zaku II), Kamille Bidan (pilot of both the Gundam Mark II and the Z-Gundam), Judau Ashta (and the Double Zeta Gundam), and Haman Karn (and the Qubeley mobile suit).Gundam Musou has been developed by Koei's Omega Force, featuring the typical Musou (Dynasty Warriors) hack and slash gameplay. New moves have been added to the gundam suits that were not present in any previous Gundam game, including special kicks, beam rifle shots and others.As typical for any Gundam game, but new to the Musou series, you will encounter battles in outer space.

If you are familiar with Gundam Musou, why not let others know?