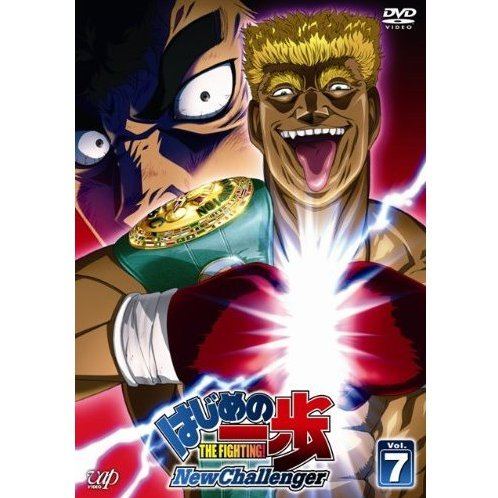 Broadcast by NTV in 2000 to 2002, the new series the broadcast !! DVD Vol. 7 Released cast-staff of the rally !! long-awaited was extremely well received "The First Step". The original is the same name work of the series in at Kodansha "Weekly Shonen Magazine". Story that the boy was bullying Rarekko boxing and encounter, anyone that will become stronger with the support of fellow sympathize. In the previous anime series, until the hero and one step is Japan champion in the TV series, the defense first leg in the TV special, animated with OVA the extra edition. This time in its continuation, a step that has become Japan champion is drawn to talk to fierce fight with the formidable aiming the throne. Kamogawa and gym buddies that belong one step, such as the eternal rival Miyata, the familiar of every one of the game also appeared! Episode 19 - the first 21 episodes of the recording.

No reviews for Hajime No Ippo New Challenger Vol.7 yet.