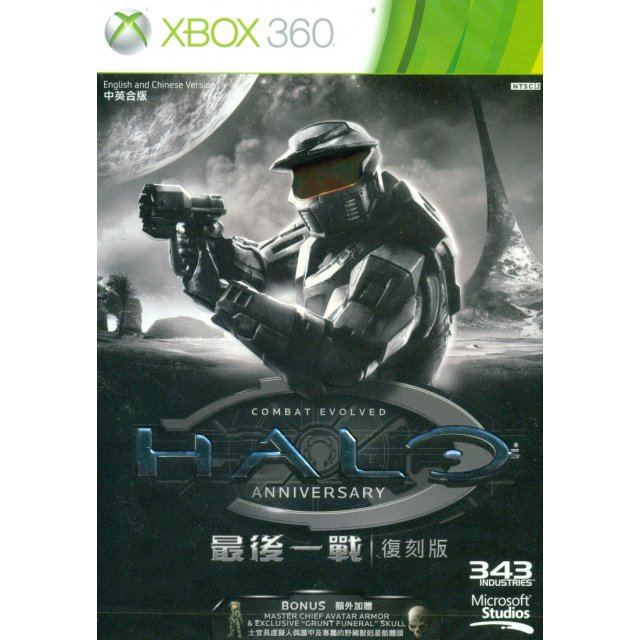 
Click on a thumbnail to see more pictures for Halo: Combat Evolved Anniversary

“Halo: Combat Evolved Anniversary” is a spectacularly remastered version of the original “Halo” campaign, created in celebration of the 10th anniversary of one of the most beloved franchises in gaming history. With a bounty of new features including cooperative play over Xbox LIVE, a bundle of some of the most beloved multiplayer maps in “Halo” history reimagined for Xbox LIVE, new challenges and a new story to uncover, “Halo: Anniversary” is a must-have experience, coming exclusively to Xbox 360 on Nov. 15, 2011.Developed by 343 Industries in collaboration with Saber Interactive and Certain Affinity, “Halo: Combat Evolved Anniversary” immerses you in the landmark campaign and genre-defining multiplayer game that helped revolutionize the first-person shooter genre and sparked one of the most iconic science-fiction universes of all time.

If you are familiar with Halo: Combat Evolved Anniversary, why not let others know?