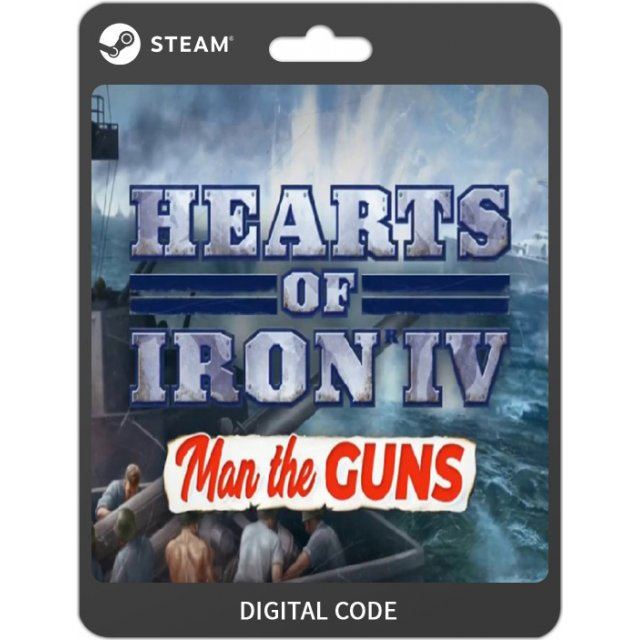 Region Free
This item will deliver instantly in your account. Some orders may be subject to verification by SMS or Voice which may cause delays.
US$6.76
Manufacturer
Paradox Interactive
Compatible With Windows™ (PC)
Version

From the convoy attacks in the Battle of the Atlantic to the fierce carrier battles on the Pacific front, the Second World War saw naval innovation in both tactics and technology. The war at sea takes center stage in Hearts of Iron IV: Man the Guns, a new expansion to Paradox Development Studio’s popular strategy war game.

Design your own ships and refit older models. Alter your convoy routes to avoid hungry wolf packs. Embrace or circumvent naval treaties and deal with the diplomatic consequences.

Man the Guns also introduces new alternate history paths for the major democracies of the war and gives the freedom-loving nations of the world more freedom to act before the war forces their hand.

NOTE: This content requires the base game Hearts of Iron IV in order to play.

Hearts of Iron IV: Walking the Tiger [DLC] STEAMdigital
US$ 6.77

Hearts of Iron IV: Together for Victory STEAMdigital
US$ 5.11

Hearts of Iron IV [Death or Dishonor] STEAMdigital
US$ 5.04

No reviews for Hearts of Iron IV: Man the Guns (DLC) yet.