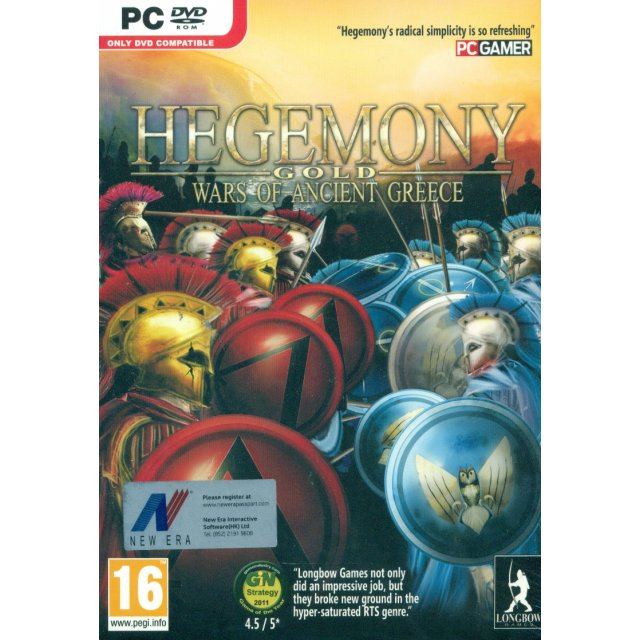 Conquer the ancient world in Hegemony Gold: Wars of Ancient Greece, a strategic military simulation of some of the era’s greatest battles! Experience the full range of warfare, from reconnaissance and raids to massive field battles and mountain blockades as you campaign across a historically accurate map of ancient Greece. Siege and starve your enemy by cutting their supply lines or burning their crops, all while building and protecting your own supply network to support your growing empire.In Hegemony Gold, play as Macedonia, Athens, or Sparta in the game’s three historical campaigns, or choose one of the 26 factions in an epic sandbox mode and forge your own empire. With dynamic diplomacy choices and extensive tactical options, Hegemony Gold sets the new standard for ancient warfare strategy games.

If you are familiar with Hegemony Gold: Wars of Ancient Greece (DVD-ROM), why not let others know?