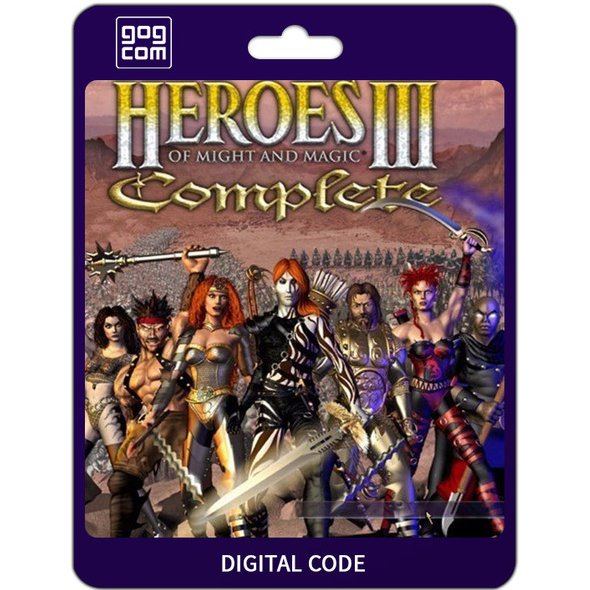 Region Free
This item will deliver instantly in your account. Some orders may be subject to verification by SMS or Voice which may cause delays.
US$8.28
Manufacturer
New World Computing
Price
US$8.28
Play-Asia.com Return & Refund Policy
Click on a thumbnail to see more pictures for Heroes of Might and Magic 3: Complete

When Erathia's King Gryphonheart is murdered by traitors he is resurrected as an undead warlord who leads a ruthless invasion of his former Kingdom. Little resistance is met until his daughter Catherine, Queen of Enroth returns to her homeland commanding an army of elite Enrothian warriors. Meanwhile, the Necromancers raise large hordes of undead and advance towards the Erathian capitol. Queen Catherine receives the aid of her father's survived generals and embarks on a crusade to reclaim her lost land.

You control the greatest heroes and fiercest creatures in a conflict of epic proportions, as Catherine fights to restore her family's rightful reign, uncover her father's killers and free him from the dark prison of his undead body!

Includes Heroes of Might & Magic III and its expansions: Armageddon's Blade and The Shadow of Death

No reviews for Heroes of Might and Magic 3: Complete yet.