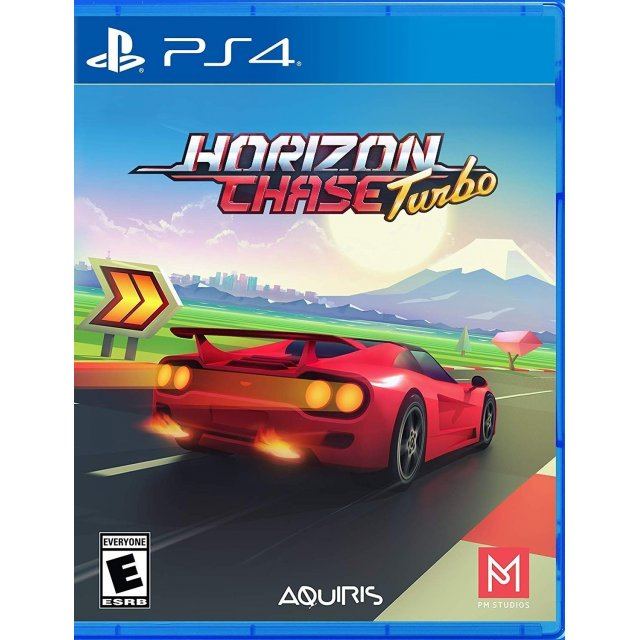 Works on all systems sold worldwide, a correct regional account may be required for online features.
1w Expected stock arrival within 1 week.
US$25.99
Our previous price:US$ 29.99
You save: US$ 4.00( 13% )
Manufacturer
PM Studios
Compatible With PlayStation 4™ (PS4™)
Version

Works on all systems sold worldwide, a correct regional account may be required for online features.
1w Expected stock arrival within 1 week
Price
US$25.99
Our previous price:
US$ 29.99
You save:
US$ 4.00( 13% )
Play-Asia.com Return & Refund Policy
Trustpilot
Trustpilot
Click on a thumbnail to see more pictures for Horizon Chase Turbo

The Ninja Saviors: Return of the Warriors (Multi-Language)
US$ 29.99

abbathcl (129) on 02, Oct. 2019 11:52 (HKT)
Horizon Chase Turbo PS4
Oh i just love this game, so simple yet effective. Lots and varied tracks, great soundtrack.
[This review is based on another version of this product]
AndyRetroGamer (26) on 02, Sep. 2019 02:11 (HKT)
The Best arcade influenced racing game!
Just starting playing Horizon Chase Turbo last night.... I was only going to have quick blast but ended up spending roughly 3hrs straight racing the tracks!!