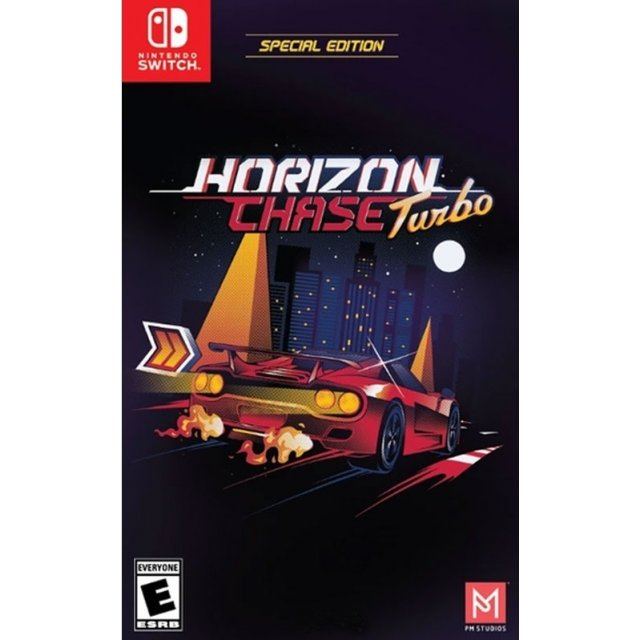 [This review is based on another version of this product]
abbathcl (130) on 02, Oct. 2019 11:52 (HKT)
Horizon Chase Turbo PS4
Oh i just love this game, so simple yet effective. Lots and varied tracks, great soundtrack.
AndyRetroGamer (26) on 02, Sep. 2019 02:11 (HKT)
The Best arcade influenced racing game!
Just starting playing Horizon Chase Turbo last night.... I was only going to have quick blast but ended up spending roughly 3hrs straight racing the tracks!!

This is a 10/10 for me as I will be playing it again and again for years to come.
blitz64 (2) on 25, Aug. 2019 23:50 (HKT)
Incredible Racing Game With Spirit Of Outrun and Top Gear
Horizon Chase Turbo is an awesome, fast-paced racing game that pays homage to the classics like Top Gear and SEGA Outrun style racing games. Thru the tons of colorful, unique locations and an absolutely phenomenal soundtrack by Barry Leitch, it captivates players over and over. And it is 4-player split-screen capable! Not many racing games, let alone games in general, with that option for alternative play!
A must-have game for someone with a Nintendo Switch for on-the-go fun and a quick race here or there to pass the time.