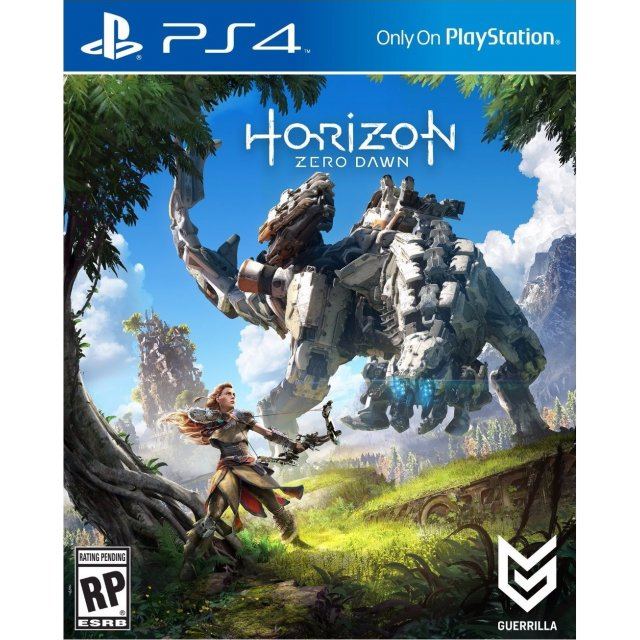 sold Out of print / Out of stock.
Manufacturer
Sony Computer Entertainment
Compatible With PlayStation 4™ (PS4™)
Version


Click on a thumbnail to see more pictures for Horizon: Zero Dawn (Multi-Language)

Just when you thought to yourself, "Why aren't there any cavemen vs robot dinosaur titles?" Guerilla Games comes along and drops exactly this, and something drastically different compared to what they're known for! At the E3 Sony Conference, their new IP is introduced, and this is Horizon: Zero Dawn.

As a Third Person Action RPG Open World game, Horizon is a far cry from Killzone - Guerilla's flagship series - in that the latter featured mankind using technology to master themselves and others, and the former is based in a setting where mankind is not in sync with technology and instead masters of themselves.

In the ruins of a forgotten civilization, highly advanced machines hunt the remnants of humanity who have now regressed to tribal society, and the game centers itself on the adventure of the outcast Aloy, as she follows her destiny of unraveling the mysterious narrative of Horizon: Zero Dawn.

Beset by a steel menagerie, Aloy must use the gifts natural to humans by taking advantage of stealth, cunning, agility, and resourcefulness to survive the hordes of these mechanical saurian-like creatures. By careful planning, each encounter becomes a hunt, where players can exploit the weakness of these machines - it helps that humanity has developed weapons and tools that combine both natural materials with mechanical parts, as Aloy will need all the help she can get in her solitude journey of man versus machine.

If you are familiar with Horizon: Zero Dawn (Multi-Language), why not let others know?

As for the game, its hard to believe that an RPG these days can stand out from the greats such as Witcher, Dragon and Fallout. But Horizon manages to do just that. The setting, the world and the story all excel in delivering an awesome gaming experience. The very fact that you can fight off frikin robot dinosaurs with lasers is a good enough excuse to try this out. But this game is so much more.

The graphics are at the very top perhaps just shy of Uncharted 4's greatness. Nevertheless this is an impressive looking game that manages to stay pretty throughout. The only criticism in the graphics department is the facial expressions which feels a bit too mute for my taste.

The gameplay and the story standout and the elements it borrows from other games such as Far Cry and Assassin's Creed are done with such polish and well blended into the Horizon's post Apocalyptic world that it does not feel like a bore or copycat.