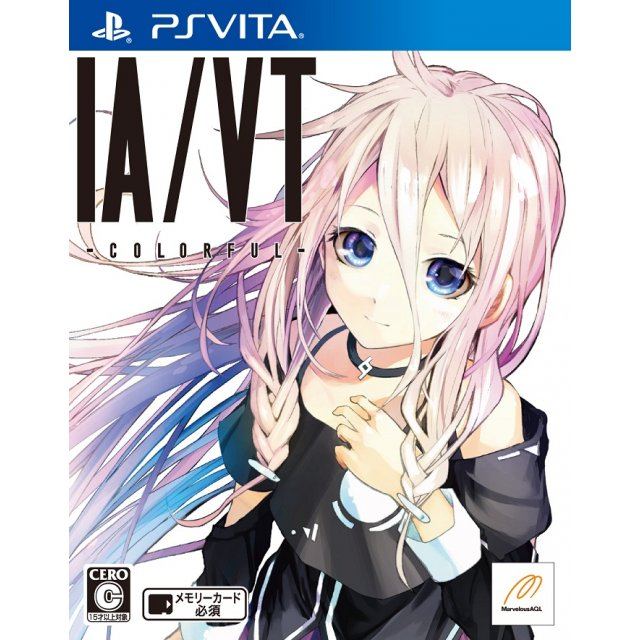 If you are familiar with IA/VT Colorful, why not let others know?

[This review is based on another version of this product]
Hatsune Miku (5) on 05, Jul. 2017 03:13 (HKT)
Overall great game
1 - If you like project diva you'll like this game too
2 - No Japanese required to play
3 - Good songs , 60 songs total
4 - No scratch notes & The d-pad are there own buttons so your using 8 different buttons
5 - Id say worth the purchase
Forza_str (35) on 22, Mar. 2017 19:44 (HKT)
A good game for beginners
Music is entertaining. Can play without Japanese Knowledge, tracklist is around 80 songs. Defenitively Worth the investment
[This review is based on another version of this product]
Rooey (1) on 05, Jun. 2016 09:10 (HKT)
Awesome Game!!!
Such an awesome and you don't need to know any Japanese at all. I don't know a single Word in Japanese and I can still easily play this Game, plus own 3 other Japanese Games.
jankahl (2) on 03, Mar. 2016 23:26 (HKT)
Love it!
The dozens of hours I've spent on this game speak for themselves. IA is an excellent vocaloid and I love what the artists have accomplished with her. Not much else to add on top of other reviews already on here. Great music, great gameplay, decent visuals, great value. No Japanese language skill really needed but some requirements in Step Up Play mode might be hard to understand if you don't know the language. Highly recommended regardless.
justice_levi (36) on 22, Feb. 2016 03:17 (HKT)
Very fun music rhythm game and totally playable knowing zero Japanese.
Lots of songs in the initial release (more for DLC if you play on a non-US account and have money to spend), but PLENTY of content even if you don't get into the DLC, which I never did. Not the best production values in some of the songs (there's no animations/dancing in all of them) but a very fun game, one of the better vocaloid voices belongs to IA if I do say so myself. If you like music rhythm games and you want a good one, this is the one!
1 »