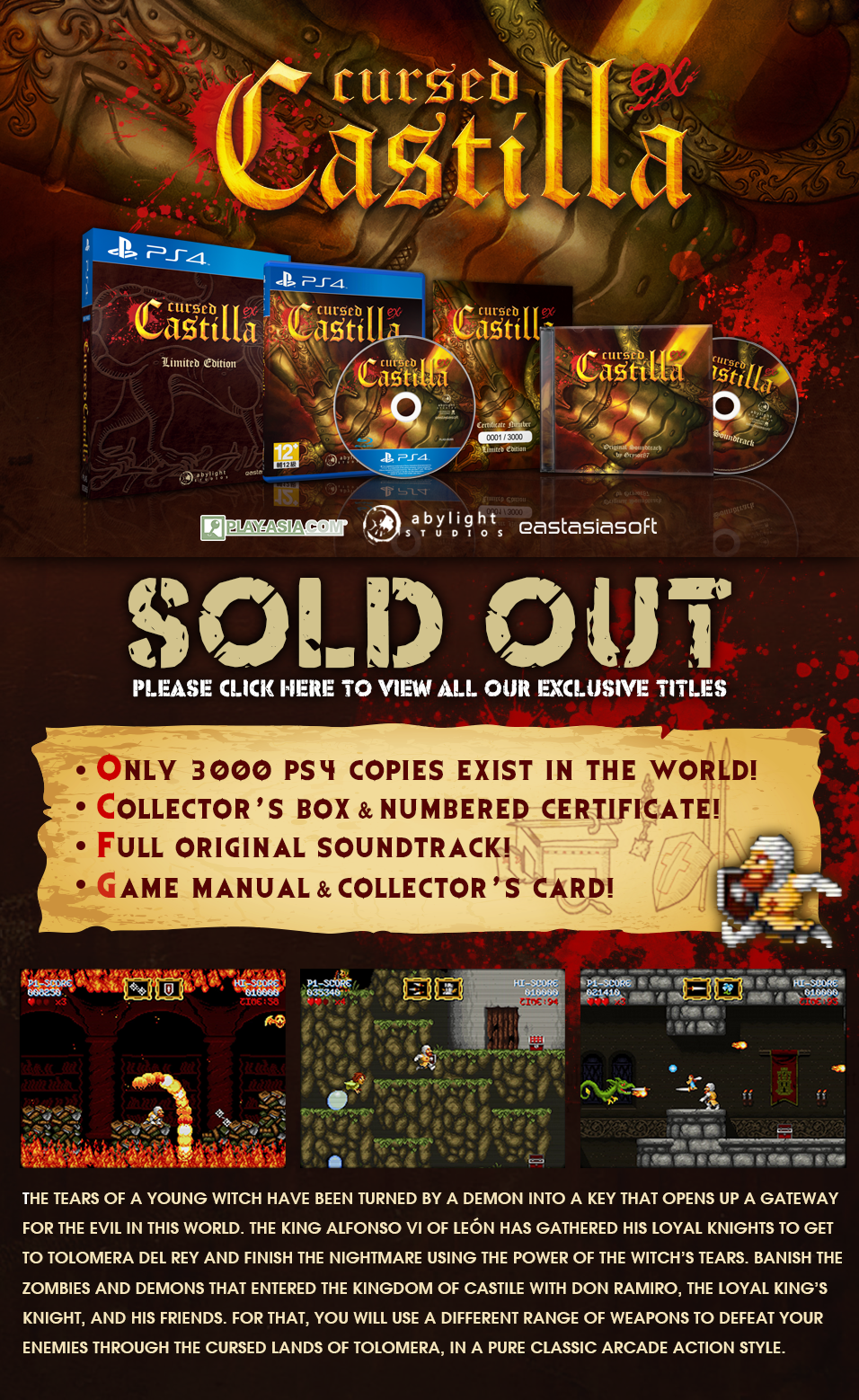 The sign up period will begin April 18th and will remain open until April 25th. All collector's who sign up during this time will be able to pre-order and confirm their reservation on April 25th*. Make sure you sign up with the same email as your Play-Asia.com account! We'll send you a reminder beforehand so you don't miss out on the only 3,000 physical copies that exist in the world, as well as keep you up to date with all progress! This is PA Exclusive release #3 with more to come!

Set in the Spanish kingdom of Castilla during the Middle Ages, you are invited to take part in a love letter to both Spanish folklore and the very best of retro gaming platformers in Cursed Castilla Ex for the PlayStation 4! Here Don Ramiro will face not only legends from the chivalrous romances of Amadis de Gaula but also powerful European mythos brought to life! Even if you survive these challenges, you may end up losing the souls of your companions or even your own if you are not careful!

But all is not lost! Fate has given you an arsenal of weapons to bring the battle to the heart of the demon. There are secrets to be found and power-ups to be had! Are you ready adventurer?

Prepare yourself for a journey into Cursed Castilla Ex, the extended version of the acclaimed arcade classic Maldita Castilla, created originally by the Spanish developer Locomalito - in collaboration with Abylight Studios, and now for the first and last time releasing physically in Asia through eastasiasoft! Reserve your physical PS4 Limited Edition including all the collectible extras and have it sent anywhere in the world by Play-Asia.com.