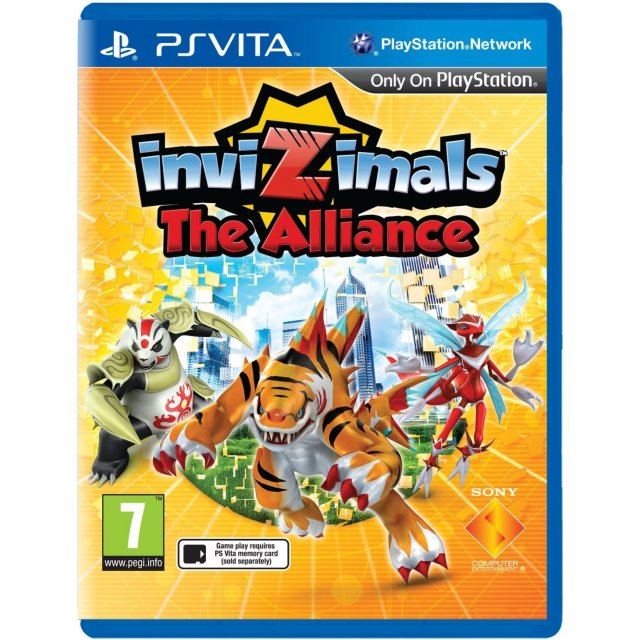 
Click on a thumbnail to see more pictures for Invizimals: The Alliance

To Capture, Battle and Train Them:

Unleash again your hunting skills, as the renowned creature hunting game Invizimals is back with new fantastic action and mysterious powers! Invizimals: The Lost Kingdom and Invizimals: The Alliance will once again capture the attention and interest of fans. Be thrilled in capturing, battling and training them using your PS Vita camera or explore the massive and enigmatic world of Invizimals like never before, because for the first time, they’ll be roaming around on PS3! To add more excitement to the game, players of the two platforms can connect with each other by sharing your evolve character or fight another Invizimals Hunters in co-op battle arenas.

Hunt Them with your PS Vita:

Invizimals are all over the place and only your PS Vita can see them! Taking advantage of PS Vita’s power, Invizimals: The Alliance will provide never ending fun to fans! Hunt and capture Invizimals using art augmented technology; boost their capabilities and build a collection of over 140 distinctive creatures! The game utilize the PS Vita features like the touch screen, rear touch pad, motion sensor and the rear camera to help the Invizimals create a safe sanctuary and defend them from the arrival of a very dangerous enemy.

Stumble into “The Lost Kingdom” in PS3:

After accidentally opening the portal between two worlds, Hiro stumbles into “The Lost Kingdom”, a fantastical new world of Invizimals. Take on the role of Hiro and venture the world of Invizimals for the first time! Experience the transformation and change into 16 of all-time favorite Invizimals, master their special power and abilities to save the Lost Kingdom against a powerful robot army. Discover the remarkable diverse environment and six exotic worlds while you travel by land, air and sea.

No reviews for Invizimals: The Alliance yet.