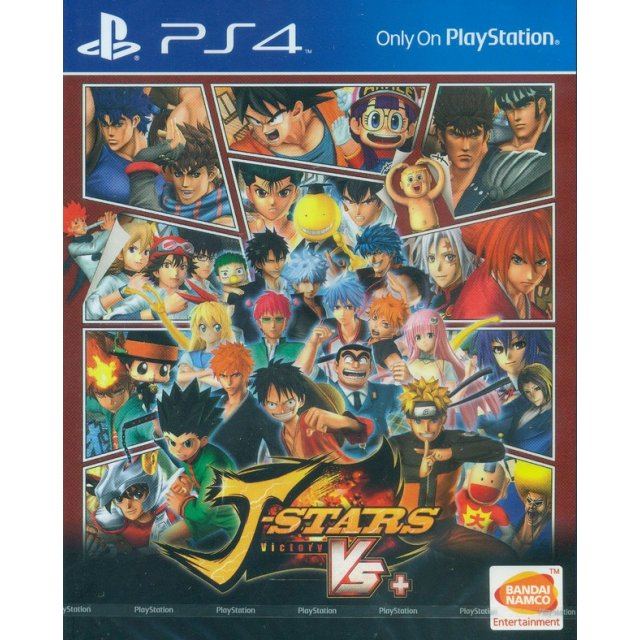 sold Out of print / Out of stock.
Manufacturer
Bandai Namco Games
Compatible With PlayStation 4™ (PS4™)
Version

If you are familiar with J-Stars Victory Vs+ (English), why not let others know?

tuilor (18) on 23, Mar. 2017 12:00 (HKT)
Nice Game!
All of your favorite anime characters from Jump Comic are here in this game.Ready for Versus with other via network.And in story mode will met fantastic stories more than in manga.
yoloman (130) on 11, Jul. 2015 12:53 (HKT)
The game is not as good as i hope for.
Gamewise i think is ok.
visual is great.
j adventure is too repetitive either u play luffy,ichigo,naruto,toriki version.
challenge is good only when u ar3 g9odbat this brawler game.
50 character+ i don't think so. I unlock all usable character like i have 35 playable and 15/16 of them are support character.