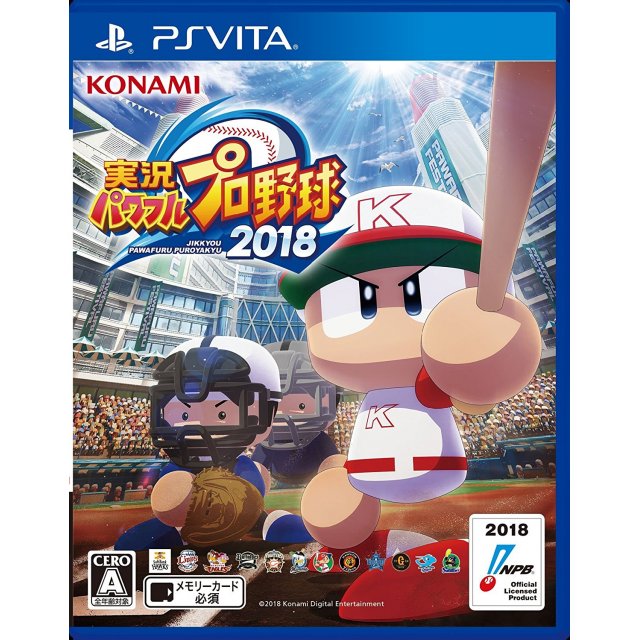 Works on all systems sold worldwide, a correct regional account may be required for online features.
24h In stock, usually ships within 24hrs.
US$39.99
Our previous price:US$ 66.99
You save: US$ 27.00( 40% )
Konami
Compatible With PlayStation Vita (PS Vita)
Version

Works on all systems sold worldwide, a correct regional account may be required for online features.
24h In stock, usually ships within 24hrs
Price
US$39.99
Our previous price:
US$ 66.99
You save:
US$ 27.00( 40% )
Play-Asia.com Return & Refund Policy
Click on a thumbnail to see more pictures for Jikkyou Powerful Pro Baseball 2018

Jikkyou Powerful Pro Baseball 2018 will include “Pawafuru Festival,” a mode that has been included with past entries where players battle through a tournament against Success characters of successive generations. The setting is an extravagant passenger boat called the “Queen of Festival.”

While in previous entries, it was always set so that the player team always took the field first without a designated hitter, in Jikkyou Powerful Pro Baseball 2018 that is instead decided with a roulette. Additionally, the conditions for befriending characters from opposing teams are also decided by roulette.

Miwa-chan, who appeared in previous entries’ “Success Mode,” will also be playable.

No reviews for Jikkyou Powerful Pro Baseball 2018 yet.