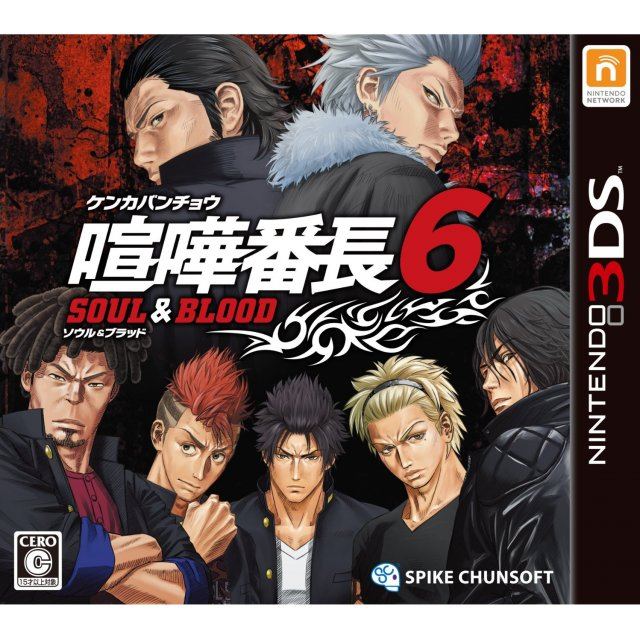 
Click on a thumbnail to see more pictures for Kenka Banchou 6: Soul & Blood

In popular Japanese culture, high schools represent many things - it is a place of zombies, sometimes a prison, and even a harem. But above all else, and while this is farthest from the truth, high school is awar zonewheredelinquentswithlaserbeamstare downsbattle each other to reigndominantas theBancho!

EnterKenkaBancho6: Soul & Blood, a title which can be described asYakuzaset in high school with elements of Persona's school life. Players will enter the fray betweenRyuujiKatagiriandDaigoAsahinain epic throw down between two of Japan's most powerfuldelinquentbosses.

The story takes place within a 3 year span andbegins at the school entrance ceremonyfinishing at graduation. In between all this time, there will be a multitude of sandboxmini gamesand activities, from surfing, beach volleyball, part time jobs,mahjong, romance, studying (as to why we don't know) and more! There's even a huge wardrobe for character customization, from the mundane to the iconic(the notorious horse head mask and loincloth is 100% CONFIRMED)!

In the midst of all these life fulfilling duties, to an up and comingdelinquent, these are just distractions. In terms of battles, the famous "MenchiBeam" returns - literallasersemit from your characters eyes as well as your opponents, which leads to an insult flingingmini gamepre-brawl. When the fighting starts, there are many special moves and combos, presenting an all out free-for-all fit only for thebancho. And when one runs out ofCPU opponents to terrify, there is also a ranking battle mode where gamers can put together a team of five thugs for online fights!

Done up completely in a new style of animation that reflects the classicbanchomangastyle with a return of the series stapleseiyuu(voice actors),KenkaBanchopacks the Souls and Blood of ganghonour,delinquency, and the springtime of youth all into one portable package for the3DS.

If you are familiar with Kenka Banchou 6: Soul & Blood, why not let others know?

Darkside (14) on 20, May. 2016 04:36 (HKT)
Great Game!
Another great Kenka Bancho game. The first one I have played was Badass Rumble (Vita port), Completely forgotten about nintendo version till I google for Kenka Banchou Otome release date not too long ago. Anyway, it's a great game with nice graphics, style and gameplay.
cat.wesker (4) on 14, Jan. 2016 10:18 (HKT)
Fun & boylicious
I bought this game because of the cover art – a bunch of good looking guys in a highschool setting. Hell YES. I’ve never played the Kenka Bancho series and didn’t even own a 3DS, but this made me get one and I didn’t regret it. I play the Ryu ga Gotoku series on the PS2/3 so adapting to this game’s mechanics was instantaneous as it’s very similar albeit simpler. You can also pick up items laid around the area as weapons and they break after a couple of hits. However, items that are classified as ‘weapons’ (e.g. wooden sword) are permanent and will never break, and they deal a ton of damage, which actually dumbs down battle difficulty, not that I’m complaining. The mini games are alright but the world/town is really small and you keep going back to the same 5 places or so throughout the entire game. You keep hearing the same 10 or less tracks/BGM too. What I like most about the game is the good range of supporting characters and their voice acting. There is an adequate amount of cutscenes for me to enjoy the characters, though it’s inevitable that not everyone gets the same amount of focus/depth. The wide range of hair and clothes customization is also fun, especially for your 2nd playthrough. All in all it’s a pretty small game but it’s fun nonetheless and I enjoyed all their highschool gangster nonsense – it’s like watching CrowsXWorst in 3D but prettier. I’m now in on the Kenka Bancho bandwagon.
jobson.quaresma (135) on 22, Jun. 2015 01:00 (HKT)
Good Game
This is the very first time, that this game appeared on a Nintendo platform.
The game feels like a Yakuza game, but here you play as a High School boy who is trying to be the most bad ass kid in town.
The game will follow the life of a high school boy, and you will have to do stuff like tests, a part-time job.
And the “Menchi Beam” is quite funny.
The game is a great option for people who like "sand box games" and it also offer a online multiplayer mode.