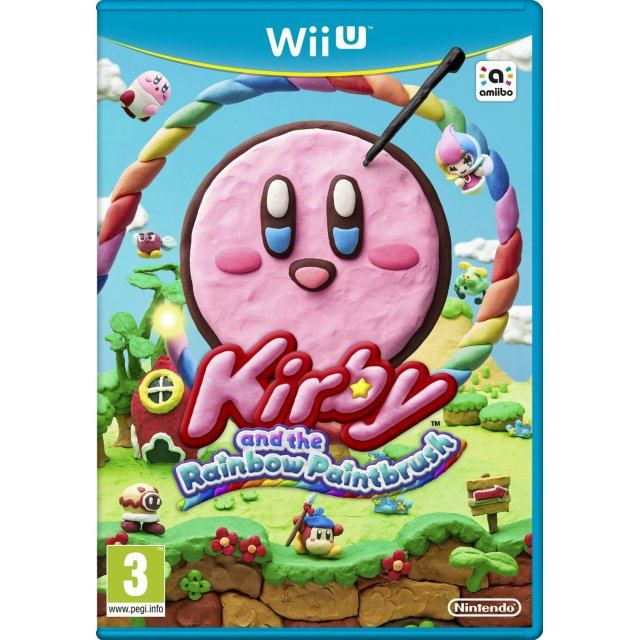 Kirby and the Rainbow Paintbrush is an easy-to-play platformer game starring everyone’s loveable little puffball with an appetite, tasked with the goal of restoring colors of Dream Land stolen by the evil Claycia. Guide Kirby in his adventurous journey across the Dream Land where the graphical style is one where made out of clay!

Using a stylus, draw lines on the touch screen to create rainbow-colored ropes that help Kirby move around and tap him to attack enemies or blast through obstacles in order to find the color stealer beast and destroy it. Collect as many stars as possible to unlock new abilities that enhances Kirby's performance during gameplay like increasing his size to charge through normally-indestructible blocks and more! As the game progresses, Kirby can gain various transformations such as being a submarine, a rocket, and a tank.

Survive 28 levels of exciting adventure and test your skills with over 40 challenge stages. Up to three additional players using Wii Remotes can play as Waddle Dees, who can assist Kirby by carrying him around and attacking enemies. The game also features Amiibo support with the Kirby, King Dedede, and Meta Knight figures; the Kirby figure allows Kirby to activate the "Star Dash" ability at any time, the King Dedede figure gives Kirby extra hitpoints, and the Meta Knight figure gives him greater attack power during his touch-activated spinning attack.

No reviews for Kirby and the Rainbow Paintbrush yet.