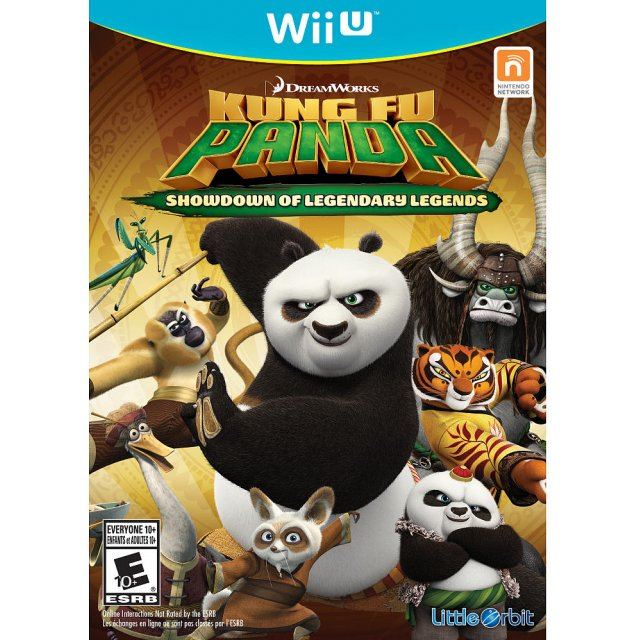 Collections
Little Orbit
Compatible with Wii U™ (Wii U™)
For US/Canada systems.

It is an age of Kung Fu heroes, warriors, and best of all, LEGENDARY LEGENDS!Fight it out alongside Po, Tigress, Monkey, Tai Lung, Master Shifu, and all of your favoriteKung Fu Pandacharacters to compete in the Showdown of Legendary Legends.Up to four players brawl in icon ic locations throughout the Valley of Peace and beyond. Compete in an epic Tournament where all Kung Fu warriors contend for honor and glory.

Showdown of Legendary Legendswill have a wide assortment of modes available for single and multiplayer. All multiplayer modes will include options forboth local and online play.

If you are familiar with Kung Fu Panda: Showdown of Legendary Legends, why not let others know?