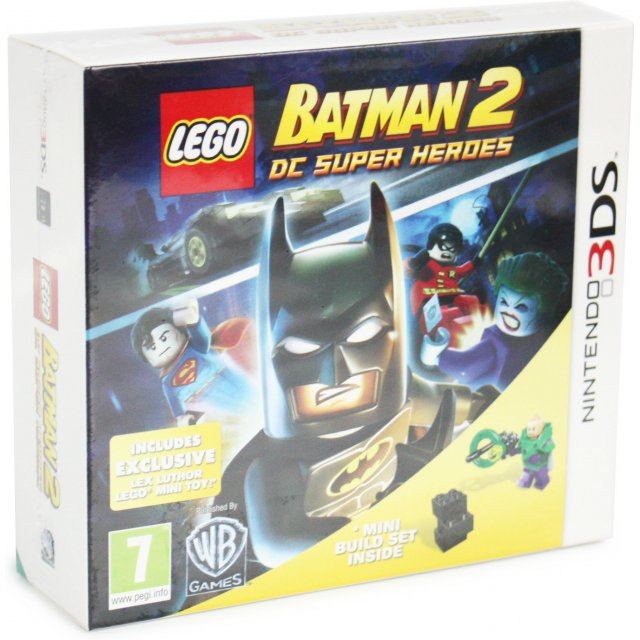 When The Joker seeks help from other nefarious villains, such as Lex Luthor, from the DC Universe to destroy Gotham City, Batman calls in reinforcements to help defend the city he protects. You’ll be able to fight alongside other DC heroes such as Green Lantern, Wonder Woman and the Man of Steel, Superman!

In LEGO Batman 2 DC Super Heroes you’ll get to grips with new gadgets and suits, such as Batmans Power Suit and Robins Hazard Cannon, which will help you explore new areas of Gotham City. On top of these suits you’ll also have access to the powers of the new Super Heroes such as Flight, Super-Breath and Heat Vision. On top of these gadgets you’ll also be able to get behind the wheel of the Batmobile and skim the clouds as the iconic Batwing.

LEGO Batman 2 DC Super Heroes is packed full of LEGO humour and has the cooperative gameplay that LEGO games are known for.