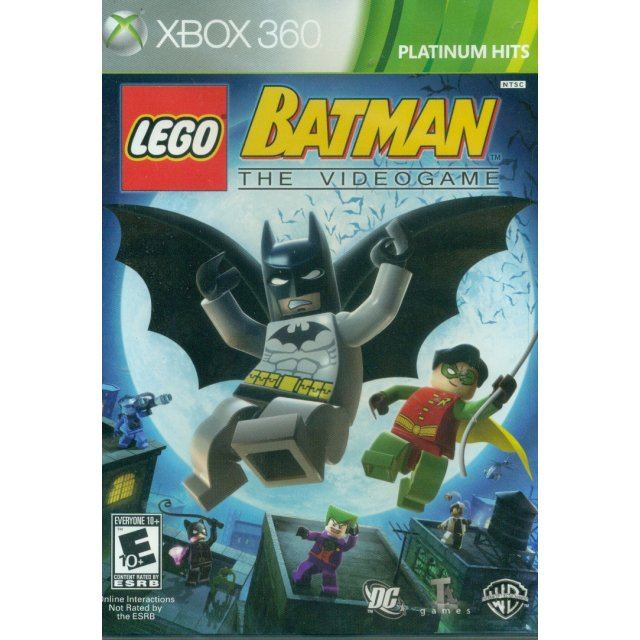 Works on all systems sold worldwide, a correct regional account may be required for online features.
1-5d Expected stock arrival within 1-5 days.
US$20.89
Manufacturer
Warner Home Video Games
Rated By Our Customers
Compatible With Xbox360™, Xbox One™
Version

In LEGO® Batman™: The Videogame, play as Batman and his sidekick Robin as you build, drive, swing, and fight your way through Gotham City capturing escaped villains including The Joker, The Penguin, and Scarecrow and putting them back in Arkham Asylum where they belong. Then jump into the story from the other side and play as Batman's foes! Enjoy the power you wield and battle Batman while spreading chaos throughout the city. There's no rest for the good (or the evil!).

If you are familiar with Lego Batman (Platinum Hits), why not let others know?