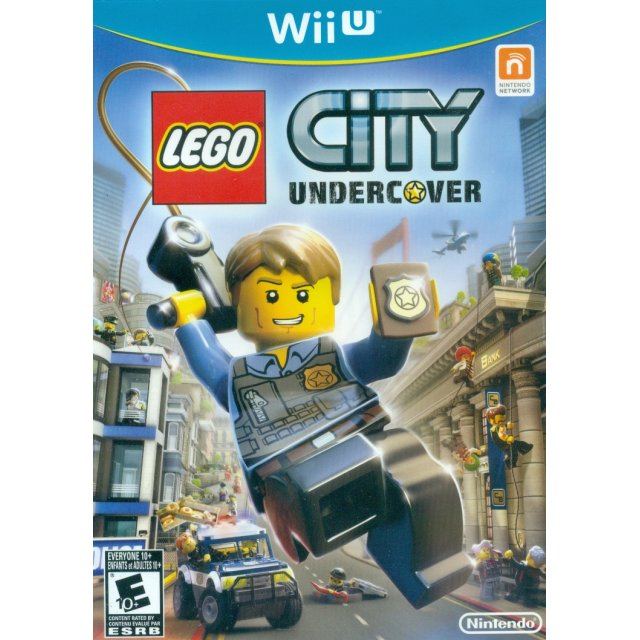 The Chase is On! For the first time, the fan-favorite LEGO City vehicles and play sets come to life in LEGO® City: Undercover, exclusively for the new Wii U console. Players assume the identity of Chase McCain, an undercover detective armed with clever disguises. The mission is to put a stop to the fiendish Rex Fury and end his crime wave in LEGO City. As players run, drive and even fly through the city, they’ll use the Wii U GamePad controller as a new police gadget.

cgpalace (2) on 19, Sep. 2013 20:22 (HKT)
Best LEGO Game ever made
This LEGO game is the biggest, best and the most fun LEGO game ever made. Definitely a Must Buy!
gtschneider (4) on 17, Jul. 2013 09:02 (HKT)
Vale a pena comprar.
Jogo de cenário aberto com a temática do Lego. Várias piadas e puzzles bem elaborados. Jogo exclusivo para o Wii U.
JunYi (24) on 08, Apr. 2013 12:17 (HKT)
Lego City
Funny game, got a lot of jokes and references about movies and old tv series. I did't expect having such a good time. They are a lot of collectables to find getting the 100% takes some time. The game is not really hard but it's really refreshing. But the loading times can be long sometimes.