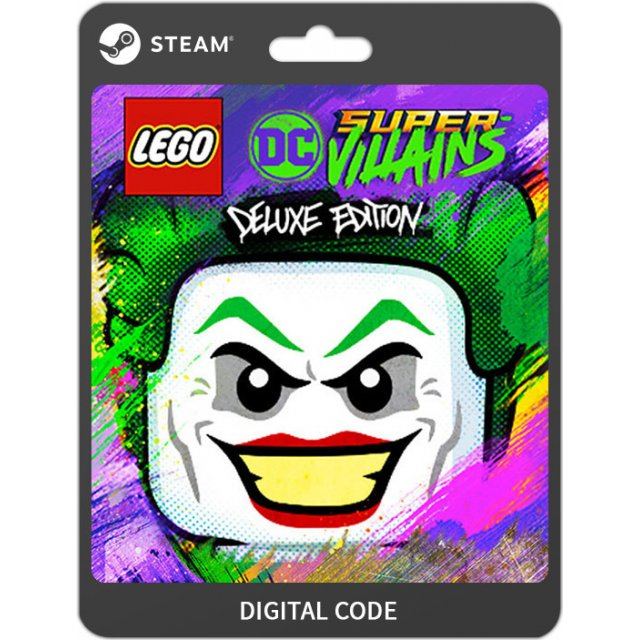 Europe
This item will deliver instantly in your account. Some orders may be subject to verification by SMS or Voice which may cause delays.
US$8.89
Manufacturer
Warner Bros.
Compatible With Windows™ (PC)
Version

It's good to be bad… Embark on an all-new DC/LEGO adventure by becoming the best villain the universe has seen. Players will create and play as an all-new super-villain throughout the game, unleashing mischievous antics and wreaking havoc in an action-packed story. Set in an open world experience within the DC universe, the Justice League has disappeared, leaving Earth's protection to their counterparts, who have proclaimed themselves as the "Justice Syndicate". It's up to you and a crazy group of misfits to uncover the intentions of Earth's new, strange, wannabe superheroes. Joined by renowned DC Super-Villains: The Joker, Harley Quinn, and countless others from the Injustice League, players will set out on an epic adventure.

Get the Deluxe Edition now and gain access to the main game and season pass content. Embark on an all-new DC/LEGO adventure by becoming the best villain the universe has seen in LEGO DC Super-Villains.

No reviews for LEGO DC Super-Villains (Deluxe Edition) yet.