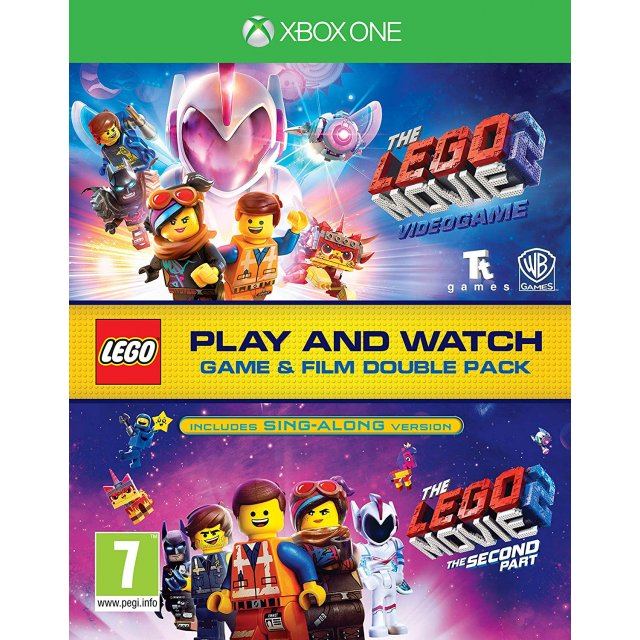 Works on all systems sold worldwide, a correct regional account may be required for online features.
1-2w Expected stock arrival within 1-2 weeks.
US$32.99
Our previous price:US$ 39.99
You save: US$ 7.00( 18% )
Manufacturer
Warner Home Video Games
Compatible With Xbox One™ (XONE™)
Version

Works on all systems sold worldwide, a correct regional account may be required for online features.
1-2w Expected stock arrival within 1-2 weeks
Price
US$32.99
Our previous price:
US$ 39.99
You save:
US$ 7.00( 18% )
Play-Asia.com Return & Refund Policy
Trustpilot
Trustpilot

In The LEGO Movie 2 Videogame, Emmet, Lucy, LEGO Batman and their friends are back along with new and mysterious characters such as General Mayhem and Rex Dangervest.

The LEGOMovie 2The Second Part
The much-anticipated sequel to the critically acclaimed, global box office phenomenon that started it all, “The LEGO Movie 2” reunites the heroes of Bricksburg in an all new action-packed adventure to save their beloved city. It’s been five years since everything was awesome and the citizens are now facing a huge new threat: LEGO DUPLO invaders from outer space, wrecking everything faster than it can be rebuilt. The battle to defeat the invaders and restore harmony to the LEGO universe will take Emmet, Lucy, Batman and their friends to faraway, unexplored worlds, including a galaxy filled with fantastic planets, strange characters and catchy new songs.

No reviews for Lego Movie 2 Game & Film Double Pack yet.