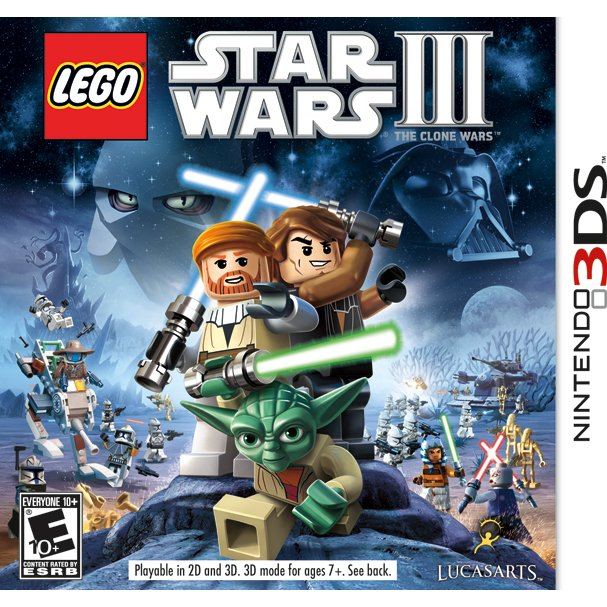 LucasArts
Rated
By Our Customers
Compatible with Nintendo 3DS™ (3DS)
For US/Canada systems.


Click on a thumbnail to see more pictures for LEGO Star Wars III: The Clone Wars

Players will enjoy brand new game mechanics allowing them to create, control and explore in a galaxy far, far away like never before. Promising breathtaking visuals as well as new characters and levels, the game also features the signature tongue-in-cheek humour from the LEGO universe. With over 20 story-based missions and 40 bonus levels spanning the entire Clone Wars era, LEGO Star Wars III: The Clone Wars will allow fans to explore endlessly and laugh their way through the Star Wars galaxy in the most humorous, accessible and action-packed LEGO game to date.

LEGO Pirates of the Caribbean
US$ 9.99

If you are familiar with LEGO Star Wars III: The Clone Wars, why not let others know?