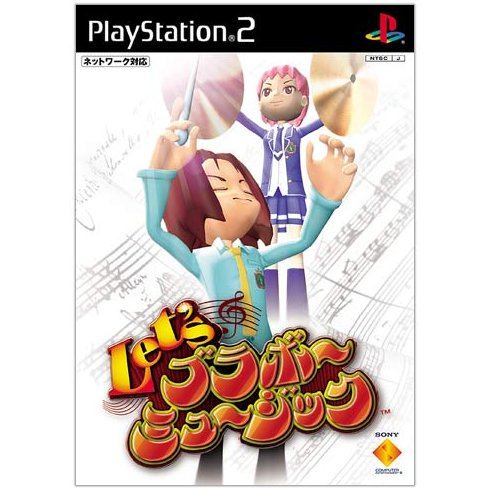 The city has announced plans to destroy the concert hall! The hero Takt is a young conductor attempting to recruit the best musicians, from all walks of life to put on a MEGA-CONCERT to save the concert hall. In order to accomplish this, Takt must travel around the beautiful city making people happy with his music, and recruiting them for his orchestra. Once he's got his ensemble together, it's time for the big show. A musical extravaganza at the Symphony Hall. Perform perfectly, and you will save the hall, and keep music alive for generations to come. Hit a bad note, and you'll be looking for a new gig!

If you are familiar with Let's Bravo Music, why not let others know?

andre_shimizu (43) on 19, May. 2010 09:32 (HKT)
Classic music with nice gameplay
Different from the other music games, in Let's Bravo Music the pressure on the buttons takes place over the traditional "hit the right button at the right time". Classic soundtrack is a very nice choice from the developers!
th4tguy (5) on 11, Nov. 2004 00:06 (HKT)
Different
Very different kind of rhythm game. Enjoyable, but it can get rather old fast. You essentially push one button to the beat, and occasionally either hold it or push an arrow as well.