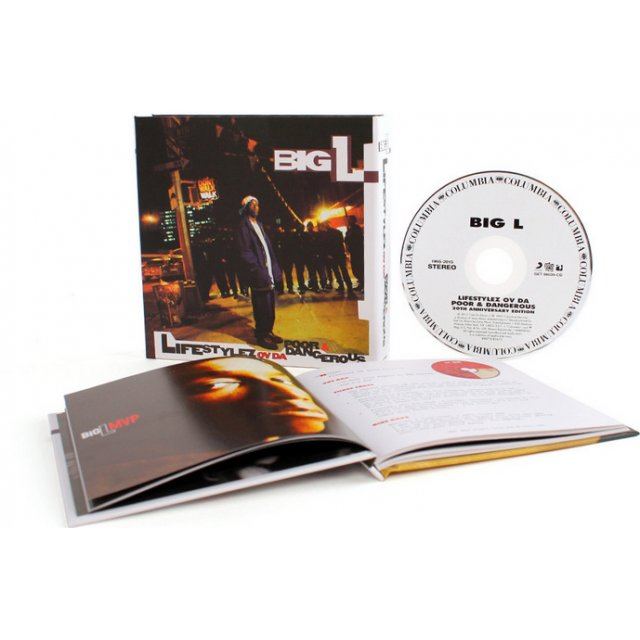 Audio CD
5-15d Expected stock arrival within 5-15 days.
US$28.99
Please take note that, once purchased, this item must be paid immediately and cannot be cancelled or returned.
Feature
Big L
Version

Having made a name for himself as a guest MC on D.I.T.C. (Diggin' in the Crates) projects such as Diamond D.'s Stunts, Blunts & Hip-Hop and Showbiz & A.G.'s Runaway Slave, the flamboyantly gifted Lamont Coleman (aka Big L) dropped his debut in early 1995. A product of the mean streets of Harlem, L made his bones in the rap game with his rapid fire freestyle delivery and clever punchline-peppered rhymes. A patchwork album with a few outstanding cuts, Lifestylez fails to package the lightning-in-a-bottle talent of this cut-above MC. The album showcases L as a master of the lyrical stickup undressing his competition with kinetic metaphors and a brash comedic repertoire. The lead track, "Put It On" produced by Kid Capri, is a party cut with a criminal attitude. "M.V.P." snatches a brief segment from DeBarge's "Stay With Me" (later aggrandized on the Notorious B.I.G.'s popular remix of "One More Chance"). "Da Graveyard" features a young Cam'ron (here Killa Kam) and most notably a superb verse from a pre-Jigga Jay-Z (at the outset of his solo career). With better production and marketing, Big L might have found himself with a platinum album but instead he settled for platinum respect. This album captures the dynamic potential of a street legend, a legend who would later be gunned down in his prime. ~ M.F. DiBella, Rovi

No reviews for Lifestylez of Da Poor & Dangerous yet.