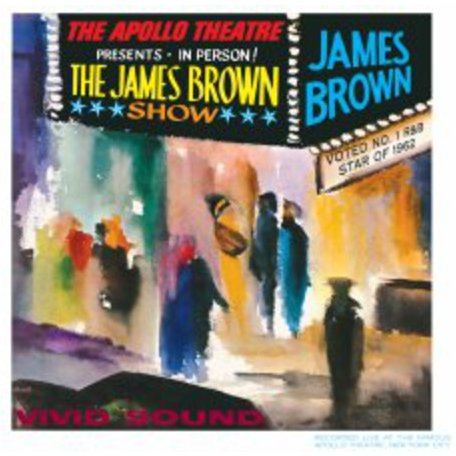 Live at the Apollo

Vinyl
5-15d Expected stock arrival within 5-15 days.
US$29.99
Please take note that, once purchased, this item must be paid immediately and cannot be cancelled or returned.
Manufacturer
Polydor
Feature
James Brown
Version

Vinyl pressing of Live At The Apollo by James Brown and The Famous Flames, recorded at the Apollo Theater in Harlem on the night of October 24, 1962 at Brown's own expense and released in 1963. Live at the Apollo was an amazingly rapid seller. It spent 66 weeks on the Billboard Top Pop Albums chart, peaking at #2. Many record stores, especially in the southeast U. S., found themselves unable to keep up with the demand for the product, eventually ordering several cases at a time. R&B disc jockeys often would play side 1 in its entirety, pausing for commercials, only to return to play side 2 in full as well. The side break occurred in the middle of the long track "Lost Someone". In 2003, the album was ranked number 24 on Rolling Stone magazine's list of the 500 greatest albums of all time.

No reviews for Live at the Apollo yet.