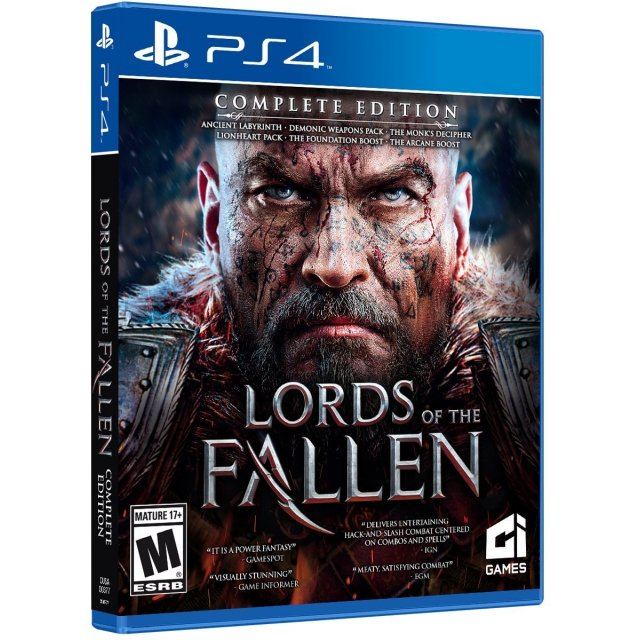 Humans Vs. the Fallen Gods:
Fans of Dark Souls and Demon Souls will be ravished by this next-gen fantasy action RPG titled Lords of the Fallen! Set 8,000 years after human beings fought and defeated a God and his army, Players take on a role of the massive hero Harkin and fight the Lords and Generals of a demonic army with different shapes and sizes; aside from brawn, solve mystifying puzzles before the Lords can conquer humanity once again.

Challenging but Not Punishing:
Players can choose from one of three classes: Warrior, Rogue or Cleric to determine which magic spell players have at their sleeves. Each class has its own skill specialty, giving the players the option to play with ranged spell attacks, heavier damage or stealth-based powers. Also, Lords of the Fallen will feature a strong immersive exploration connected by a world map. Players will lurk through halls and tunnels of castles and monasteries in search of new weapons, armor and craftable items, searching for shortcuts and alternative course to sneak up on enemies.

Middle-earth: Shadow of Mordor - Game of the Year Edition
US$ 23.69

If you are familiar with Lords of the Fallen Complete Edition, why not let others know?

F-14 D (52) on 01, Jul. 2017 01:00 (HKT)
Great Game
Lords of the fallen is an action RPG game with similarities to the Dark Souls series. This is actually a surprisingly good game on its own right and if you are a souls fan like me you will find loads of fun challenging combat, epic boss enemies and a deeply rewarding rpg game. This complete edition has all the extra content included via a dlc voucher code.
lifeofbrian2005 (80) on 23, Mar. 2017 11:41 (HKT)
No title
Its a hack and slash active combat game similar to a SOULS game but does its own thing enough to not feel too similar as to just be a clone. A unique game on its own and good enough to be worth playing if you need more souls like action.

This version is great cause it comes with the DLC included.