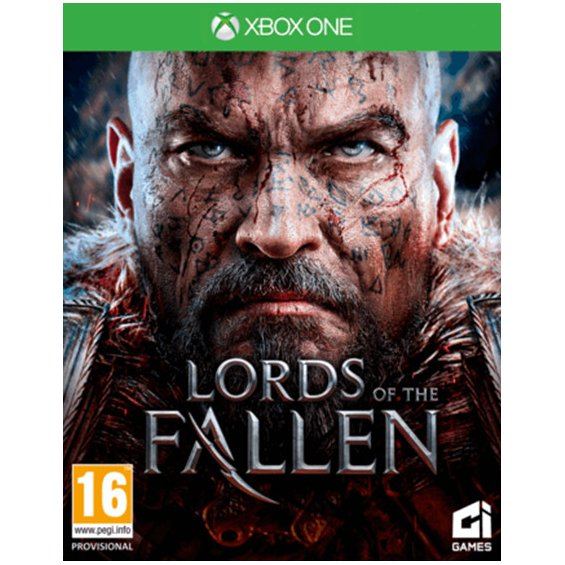 Lords of the Fallen [Limited Edition]

Works on all systems sold worldwide, a correct regional account may be required for online features.
2-4w Expected stock arrival within 2-4 weeks.
US$15.59
Our previous price:US$ 39.99
You save: US$ 24.40( 61% )
Please take note that, once purchased, this item must be paid immediately and cannot be cancelled or returned.
Manufacturer
City Interactive
Compatible With Xbox One™ (XONE™)
Version

Humans Vs. the Fallen Gods:
Fans of Dark Souls and Demon Souls will be ravished by this next-gen fantasy action RPG titled Lords of the Fallen! Set 8,000 years after human beings fought and defeated a God and his army, Players take on a role of the massive hero Harkin and fight the Lords and Generals of a demonic army with different shapes and sizes; aside from brawn, solve mystifying puzzles before the Lords can conquer humanity once again.

Challenging but Not Punishing:
Players can choose from one of three classes: Warrior, Rogue or Cleric to determine which magic spell players have at their sleeves. Each class has its own skill specialty, giving the players the option to play with ranged spell attacks, heavier damage or stealth-based powers. Also, Lords of the Fallen will feature a strong immersive exploration connected by a world map. Players will lurk through halls and tunnels of castles and monasteries in search of new weapons, armor and craftable items, searching for shortcuts and alternative course to sneak up on enemies.

No reviews for Lords of the Fallen [Limited Edition] yet.