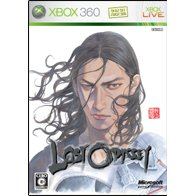 
Click on a thumbnail to see more pictures for Lost Odyssey

Lost Odyssey™ is the story of Kaim, an immortal character who has lived more than 1,000 years. He doesn't remember his past, and he doesn't know where his future lies. Throughout Kaim's journey, a handful of characters will join him on an odyssey to discover their intricate past and destiny, leading players through a dramatic story of massive scale. Lost Odyssey features breathtaking visuals and an epic adventure made possible only by the power of Xbox 360™.

If you are familiar with Lost Odyssey, why not let others know?

soulfang (1) on 28, Dec. 2007 00:08 (HKT)
A masterpiece in the classic vein slightly marred by technical issues.
With people behind the wheel such as Hironobu Sakaguchi (the creator of Final Fantasy), Nobuo Uematsu (FF\'s famed composer), and development team feelplus, made up primarily of ex-Nautilus staff -- creators of greats like The Legend of Dragoon (PS1) and the Shadow Hearts series (PS2), it\'s not hard to see how Mistwalker\'s latest 360 epic, Lost Odyssey, has the potential for greatness, and I\'m happy to say that the game does live up to the hype.

First of all, the music is absolutely incredible. You know right from when you first hear the game\'s main theme that you\'re in for something special. What shines through most though, like in most of Uematsu\'s soundtracks, are the game\'s battle themes. Multiple boss themes set the mood for each battle and keep the tension high. Speaking of battles, Lost Odyssey probably has one of the best battle systems I\'ve ever played. The Wall System and the general difficulty of battles make things very strategic -- unlike many RPGs that can be beaten just by mashing A over and over, LO requires strategy even in lowly monster battles. Buffs are actually rendered useful in this game when you\'re trying to keep your front line stable so your back row of mages is kept safe. The graphics, powered by Epic\'s Unreal Engine 3, are absolutely beautiful. The character designs by famed manga artist Takehiko Inoue (Vagabond, Slam Dunk) are wonderfully brought to life, and the world itself has a very PS1-era Final Fantasy feel. The story is epic, enthralling, and as a reviewer in the Japanese gaming magazine Weekly Famitsu put it, \"bitter,\" and the short stories penned by famed Japanese author Kiyoshi Shigematsu sprinkled throughout the game are amazingly well-written, regularly able to bring me to tears. I can only hope the game\'s English localization is able to preserve the amazing writing present in these stories.

While the production values are certainly great, the game is not without its problems, all of them, in my opinion, technical in nature. First and foremost, this game at points can have some of the worst loading times I\'ve ever experienced in a JRPG. Be prepared to look at the same character art over and over as your 360 is loading massive amounts of data off the DVD. Sadly, I think this issue could have been somewhat assuaged if the game allowed some of the data to be installed on the hard drive, but then again, I\'m not a developer. Other more minor issues include framerate drops and tearing during busy cutscenes.

If you\'re an RPG fan, though, don\'t pass over this game strictly because of its technical shortcomings. You\'d be missing out on a great experience. There\'s so much that this game does right that it\'s not worth skipping. With the Final Fantasy series seemingly turning away from the direction of its earlier incarnations, Lost Odyssey still retains the classic feel of its spiritual predecessors. With Mistwalker cranking out games like this, fans like myself disillusioned with the direction Square Enix has been taking as of late with its flagship series still have a company to fall back on.