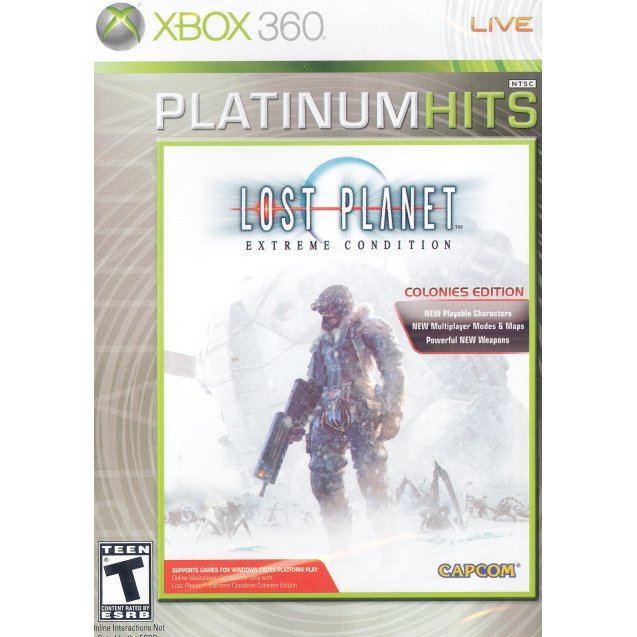 Works on all systems sold worldwide, a correct regional account may be required for online features.
1w Expected stock arrival within 1 week.
US$19.99
Manufacturer
Capcom
Rated By Our Customers
Compatible With Xbox360™, Xbox One™
Version

Lost Planet™: Extreme Condition Colonies Edition provides explosive action for both offline and online players, and allows cross-platform play between Xbox 360® and PC. Gamers who missed the original Lost Planet will have the opportunity to experience the epic gameplay that made the original a global hit with the added bonus of fresh new content and cross-platform gameplay all at a great value price. Fans of online action will thrill to the new online game modes, maps, and weapons.

If you are familiar with Lost Planet: Extreme Condition Colonies Edition (Platinum Hits), why not let others know?