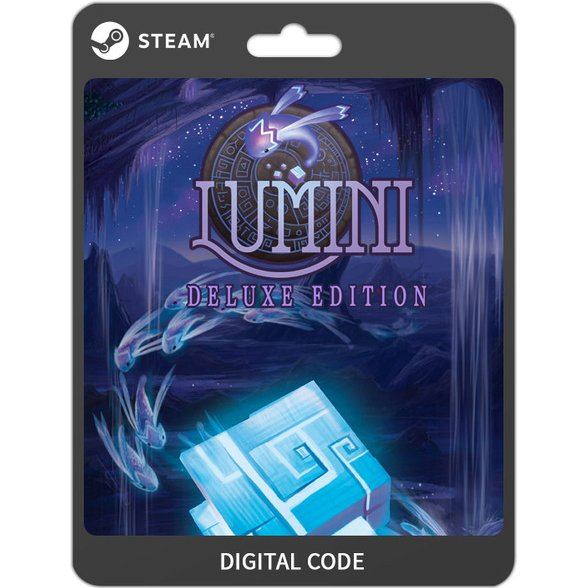 Region Free
This item will deliver instantly in your account. Some orders may be subject to verification by SMS or Voice which may cause delays.
US$7.07
Manufacturer
Rising Star Games
Price
US$7.07
Play-Asia.com Return & Refund Policy
Click on a thumbnail to see more pictures for Lumini (Deluxe Edition)

A long-forgotten species, a hostile planet and a journey of discovery –welcome to the world of Lumini...

Having vanished without a trace for thousands of years, an innocent race of creatures known as the Lumini have returned to their homeworld. Sadly, the time has not been kind and the balance of the planet has shifted, turning the once gentle environment into a hostile landscape. Only the Lumini themselves can restore balance and help revive their long-dormant race, before adapting to preserve the future for generations to come.

Explore the Lumini home world in this relaxing flow-style adventure, overcoming obstacles and keeping your swarm safe while collecting the planet’s energy to bring back your fallen comrades. Split and reform your swarm, evolve and discover new abilities to bring the Lumini back to their former glory.

ITEM INCLUDED IN THIS BUNDLE:
-Lumini

No reviews for Lumini (Deluxe Edition) yet.