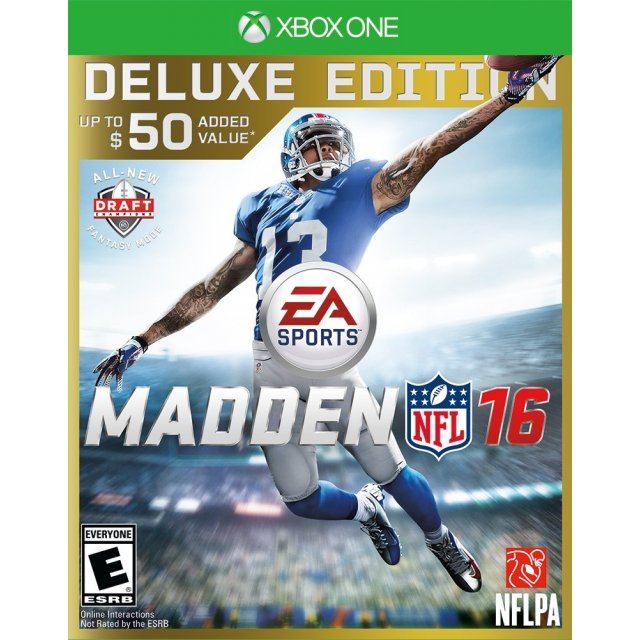 Works on all systems sold worldwide, a correct regional account may be required for online features.
1w Expected stock arrival within 1 week.
US$79.98
Manufacturer
Electronic Arts
Compatible With Xbox One™ (XONE™)
Version

Rise high and take control of the ball as Madden NFL 16 highlights the battle for Air Supremacy. The new QB mechanics deliver an advanced quality of passes, throws, and plus touch with exceptional depth and outstanding intensity of Defense/Attack control. Also added to the hype are the integrated broadcast graphic experience, updated MUT, more than 60 plus tutorials and drills, and a lots more.

Madden NFL 16 provides an authentic gaming feature that transports players into the playing field, giving the most realistic gaming experience ever. Build your supreme team, compete in Online head to head seasons, and dominate in this full-collision sport!

The Deluxe Edition includes 36 Madden Ultimate Team Pro Packs (featuring the past and the present NFL superstars) and the Playmaker pack.

No reviews for Madden NFL 16 (Deluxe Edition) yet.