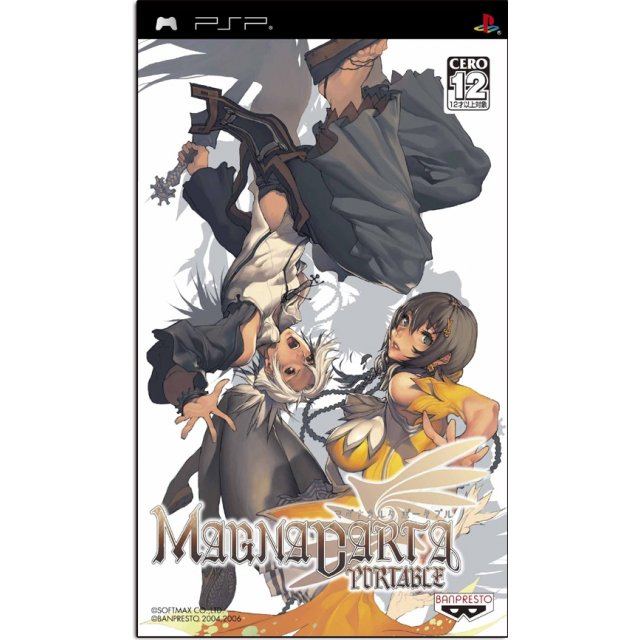 An epic tale of war, romance and betrayal...On the continent of Efferia, humans and a race known as the Yason uneasily co-exist in the throes of an endless war. Calintz, the leader of a mercenary group, the Tears of Blood, encounters a mysterious girl, Reith, who has no recollection of who she is. Little does he know, this chance encounter will change the future for all of Efferia...The popular Korean RPG if finally making its debut on the PSP™. Several improvements compared to the PlayStation2™ versions have been made, including a better battle system and implemenation of different customs for the main characters as well as a new Gallery Mode.

If you are familiar with Magna Carta Portable, why not let others know?

slayerv2 (1) on 09, Aug. 2007 21:44 (HKT)
Ambitious
The PSP version is superb for the psp , the gameplay has been improved which is fantastic and original . The sound is superb, especially the sound track.
The graphics are great , but not the best , still the characters are very well detailed and the environments also.

I recommend this game to anyone who want an rpg that is unique and fresh.
vanilla.pocky (1) on 24, Nov. 2006 14:31 (HKT)
Great graphics~
The graphics look great and the opening movie to the game looks magnificent with the sountrack added to it. Most aspects to the game are excellent such as the characters, storyline, sound and graphics. Although it is in Japanese, and if you dont know it, it may take you a while to figure your way aronund without a faq.
If you are into RPG, buy it :\'D!
darkwolf_28 (13) on 08, Jul. 2006 16:03 (HKT)
Very good, but....
With the sprite graphics you have on the Sony PSP, many 3D game fanatics would prefer playing this game on the PS2. Overall, the graphics it\'s not so bad. The sounds & gameplay is simply a BLAST. I believe it\'s worth buying if you want to play RPG while your not in front of the big screen.