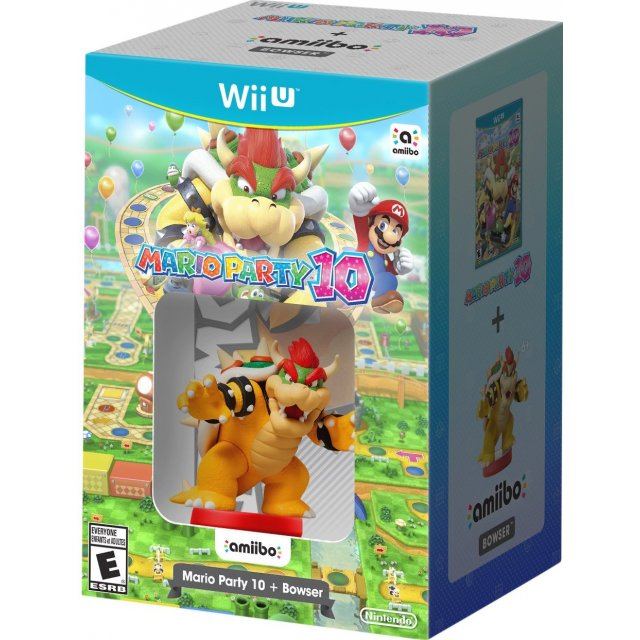 Partying gets to the next level as Mario and friends brings the party to WiiU in Mario Party 10! This latest installment to the famed Mario Party series continues the Mario Party Series’ tradition in which players compete with each other and participate in various exciting minigames as they cross through a gameboard. A lot of cool gameplay elements from across the series will be returning along with exciting new characters, boards, minigames and modes!

Play as Luigi, Mario, Princess Peach or any of over 24 characters in the improved environment of Mushroom Village and be the one to cross the board first among other players. Enjoy all new minigames scattered across the board as well revamped modes which heightens gameplay experience even more. Items from the game’s predecessor will also be returning to aid and sometimes hinder the players like Mario Party 9’s Ministars, Perilous Palace Path from Mario Party: Island Tour and other items from Mario Party 7.

Mario Party 10 celebrates another first in the series as a playable Bowser gets the right to crush Mario and friends in his very own mode! One player gets to control Bowser using the gamepad and stop the heroes which are controlled by four other players from reaching the end of the board. Exclusive minigames can also be played in bowser mode.

No reviews for Mario Party 10 (with Bowser amiibo) yet.