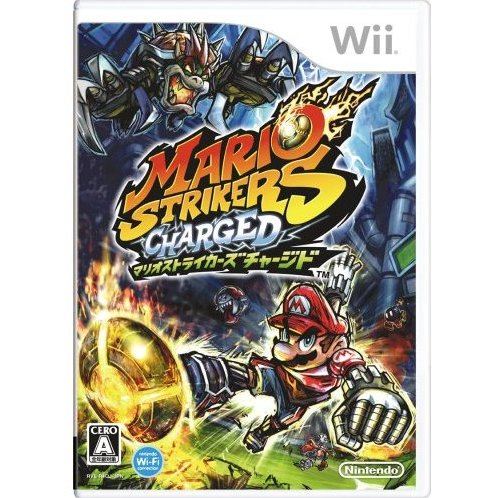 Mario Strikers: Charged is different from the average football game and is even more exciting and engaging than ever before, with a strong emphasis on each team's captain. These star players each have unique abilities and enhanced skills, which allow them to really influence the outcome of a game. The team captains all feature a Super Ability which can be used to devastate their opponents, ranging from Mario growing to giant proportions and trampling other players, to Peach taking a photo and freezing the entire opposing team on the spot. Tactical use of these super abilities can break down even the most stubborn defence. To top this off, in Mario Strikers: Charged Football players can choose 3 side-kicks (from a total of 8) who each have their own unique features which allows for tactical team customisation.The Wiimote brings a dynamic new element to Mario Strikers: Charged Football, encouraging the player to make instinctive physical movements to achieve the desired effect within the game. Basic movement and strikes are executed using the analogue stick and buttons on the Wiimote and Nunchuk, but when the pressure is on, players can use their instinctive movements to affect the gameplay. Flicking the Wiimote will cause the character to check their opponent, hopefully stealing the ball in the process. Players can also use the Wiimote to perform cat-like saves, defending their goal from Megastrikes by grabbing the balls out of the air.

If you are familiar with Mario Strikers Charged, why not let others know?