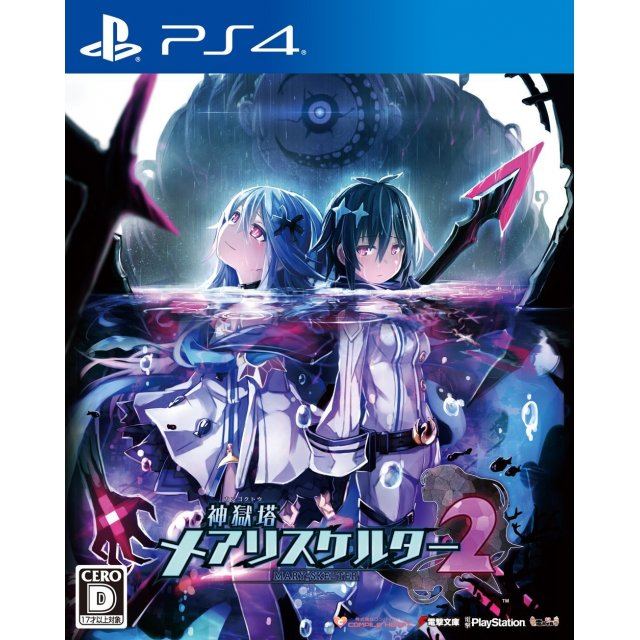 Works on all systems sold worldwide, a correct regional account may be required for online features.
24h In stock, usually ships within 24hrs.
US$31.99
Our previous price:US$ 74.99
You save: US$ 43.00( 57% )
Manufacturer
Compile Heart
Compatible With PlayStation 4™ (PS4™)
Version

Works on all systems sold worldwide, a correct regional account may be required for online features.
24h In stock, usually ships within 24hrs
Price
US$31.99
Our previous price:
US$ 74.99
You save:
US$ 43.00( 57% )
Play-Asia.com Return & Refund Policy
Click on a thumbnail to see more pictures for Mary Skelter 2

This prison, which was suddenly born several decades ago, was controlled by monsters called “Marchens” and mad beings that led them called “Nightmares.”

Tsuu and The Little Mermaid, members of an organization called “Dawn” whose purpose is to escape from that Jail, successfully rescue new ally Alice, who was captured, and a boy named Jack, who she was with.

Tsuu headed to the city with Alice and Jack, but in the midst of that, Alice’s body was dyed in madness and started swinging her blade indiscriminately.

Alice’s blade attacked Tsuu, the Little Mermaid, and Jack, who tried to protect Tsuu, and the three fell down below a cliff.

Before the eyes of the princess who woke up below the cliff was Jack, who was seemingly about to die—.

Tsuu, The Little Mermaid, and Jack—this is the story of girls that spit blood and a boy that became a nightmare in attempts to break free from fate.

No reviews for Mary Skelter 2 yet.