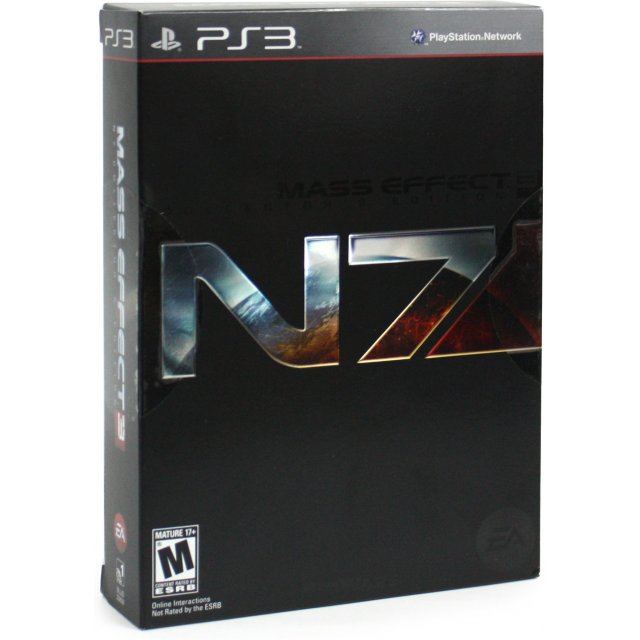 Earth is burning. Striking from beyond known space, a race of terrifying machines have begun their destruction of the human race. As Commander Shepard, an Alliance Marine, your only hope for saving mankind is to rally the civilizations of the galaxy and launch one final mission to take back the Earth.

If you are familiar with Mass Effect 3 (Collector's Edition), why not let others know?

Kyotaros (9) on 17, Dec. 2015 22:37 (HKT)
A great game in the Mass Effect Trilogy
The game itself has alot of missions both main and side. The gameplay has definitely improved a lot especially the combat system and new multiplayer which you can now do alot more things in battle such as evasive maneuvers, weapon mods/upgrades, skills and new enemies. The Collector Edition features exclusive dlc such as the popular N-7 hoodie, Squad member alt costume (Liara, Vega, Kaiden, and Ashley), a K-9 robot mech, and N7 weapon gear. It also features another promo for an additional squad member and mission. If you are a fan or new to the series and want to just play it for campian then I highly recommend playing ME1 or ME2 before playing ME3.
soniqkiller (17) on 25, Apr. 2012 06:35 (HKT)
Good Game To An Awesome Trilogy
Although I've written a review on Mass Effect 2 how the game really changed my view on Mass Effect Games, It was Mass Effect 3 that which started me on the Mass Effect Series. After Playing this game 3 times without any imports on my friends xbox, I decided to buy the collectors edition with Mass Effect 2 and after importing my save file, the game was completely different. And although a lot of people were disappointed and pissed at the ending, I still believe that Mass Effect 3 is an awesome addition to the Mass Effect franchise and hoping that there will be more updates and improvements to the ending for better closure.