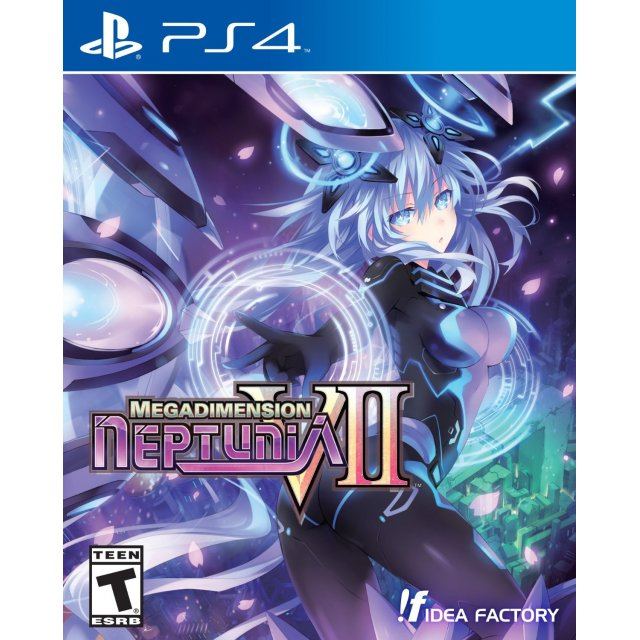 Hyperdimension Neptunia Series brings you a roster of new characters, three worlds to save, three new stories to play, a new powerful transformation mode, extra features to the battle system, and a new dungeon minigame on Megadimension Neptunia VII!

Set in G.C. 2015, Gamindustri has entered a hazardous period known as the CPU Shift Period where deprecating rumors about the CPUs have begun to saturate their world. Neptune and the other CPUs worry that the citizens will soon call for new leaders to replace them and that their rule will end. Amidst the discerning stage of Planeptune, Neptune and Nepgear mysteriously disappeared. They landed in Zero Dimension - a divergent world near to its catastrophic end, where they’ve met its world’s last CPU, Uzume Tennouboshi, who is desperately battling against a colossal evil known as the Dark CPU. Neptune and Nepgear, together with Uzume Tennouboshi, then joined forces against the Dark CPU to save Zero Dimension and Gamindustri from tragedy!

Join the CPUs in saving the world of Zero Dimension in Megadimension Neptunia VII that features New Battle Techniques such as characters can now link up for stronger attacks, “Part Break” that allows the player to split enemies into pieces to lower their stats and disable special skills, and “Giant Battles” that impose limits that will challenge the strategist in you! Transform your characters in their “Next Mode” (a transformation phase on top of their goddess form) to acquire new special skills and new costumes for the CPUs. Surpass the New Dungeon Minigame and receive special items.

If you are familiar with Megadimension Neptunia VII, why not let others know?