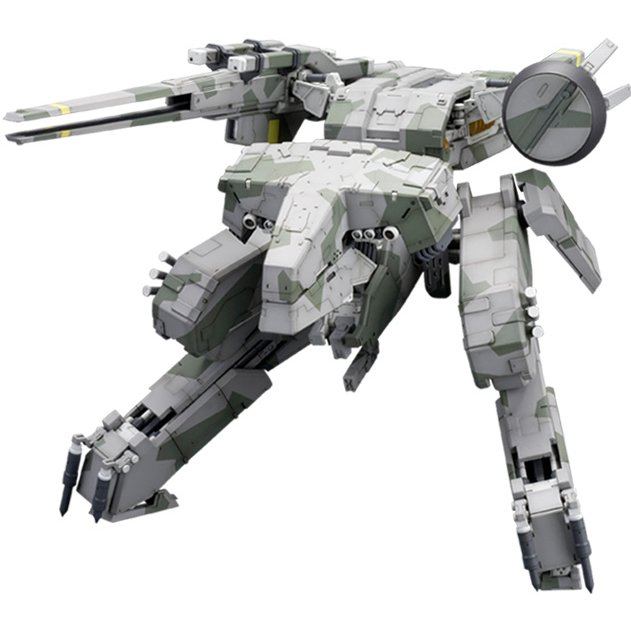 As of 2012, the 25th anniversary of the birth of legendary game series "Metal Gear" developed by KONAMI, there were over 30 million game copies have sold worldwide. The "Metal Gear Solid" is one of the most impressive works from the series.

And now the symbol of the game, the REX-like bipedal nuclear-armed tank "Metal Gear REX" is turned to a plastic model for the first time!

Under the supervision of Youji Shinkawa, the art director and also the designer of Metal Gear REX, this plastic model is proudly presented.

The camouflage is done according to the detailed paint instruction which is made by Youji Shinkawa for the full scratch Metal Gear REX sculpture during developing a prototype of the plastic model.

The set comes with a special base that recreates the hangar in the game.

The base is compatible with parts from the "M.S.G. Mechanical Chain Base Series" (NOT included).

Besides, there are 4 types of figures (Solid Snake, 2 types of the Cyborg Ninja, and Liquid Snake) included. The Cyborg Ninja figures feature a standing pose and the pose that he is being stopped by the Metal Gear REX, which recreates that famous scene in the game.

The package illustration is painted by Youji Shinkawa himself, which provides a strong sense of an official product.

* The included figures are not pre-painted.

lease note that there is a possibility of heavy reduction.