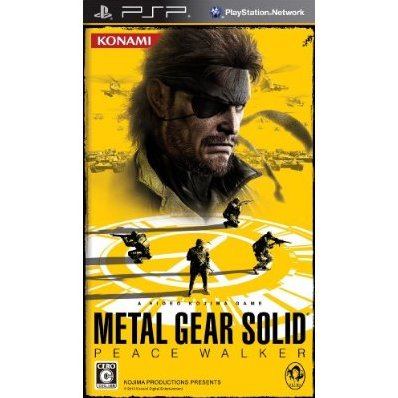 If you are familiar with Metal Gear Solid Peace Walker, why not let others know?

jordanseo (12) on 08, Dec. 2011 15:22 (HKT)
No regret! Love the game!
No regret! Love the game!
stevechan85 (53) on 02, Jan. 2011 17:16 (HKT)
Metal Gear Solid Peace Walker
Latest fanchise from the series(w/o including the upcoming rising),another title from main series that talking about the boss,treat it as MGS 5 and enjoy the best graphic ever on your PSP system now,highly recommended!!!
saburo_okita (10) on 10, Jun. 2010 21:30 (HKT)
Best game on PSP
This is definitely one of the best PSP games out there. In fact I have played for more than 100 hours after purchasing it, and now I am trying to order the US version, so that I will be able to understand the story better.

Buy it !
chaos2046 (6) on 04, Jun. 2010 11:32 (HKT)
MGS is a fun game!! However control-wise is a bit messy for me... It's hard to response right away in emergency situations in the game, but maybe that's just me. XD
tatsumakimaru (24) on 04, Jun. 2010 09:42 (HKT)
Better than MGS OPS
I've played both MGS OPS and this one, it shows significant improvements from the previous game. And with a nice theme song and Hideo Kojima as a hidden character, a definitely must get for MGS fans. The collaboration of ideas with assassin's creed and monster hunter blews me away, it's funny to see snake cook the ration.
1 »