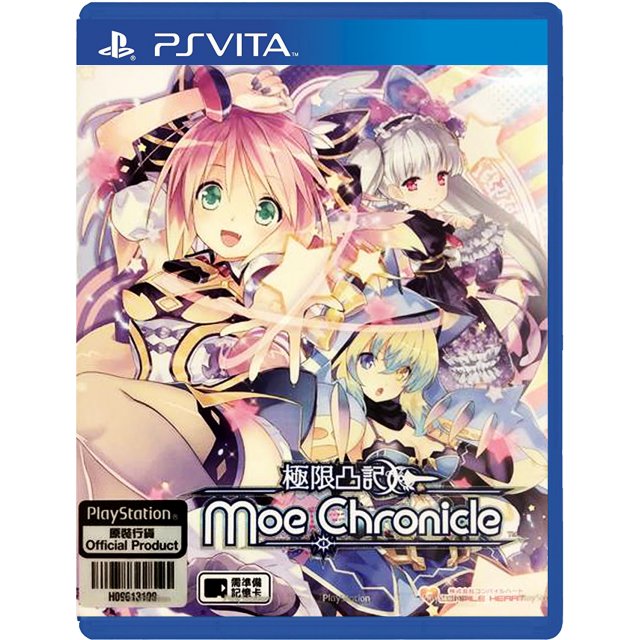 A pretty good surprise
A funny game and not bad Dungeon Crawler. The game is definitely an "ecchi" game which doesn't takes itself seriously and so far (40h in) I'm having a blast.

Moero Chronicle is Compile Heart's Dungeon RPG follow-up to Genkai Toki Monster Monpiece- including Compile Heart's risqué, and apt, description of a "rubbing, pinching, panty-wearing RPG." Okay, so we have an idea of what we should expect.

The story follows Io, a young boy troubled by his profane and arguably perverted thoughts, which affects his ability to comfortably interact with the opposite sex.

His relationship with his confidant and only real friend, a beautiful monster girl named Lilia, creates some tension when the world starts experiencing natural disasters and hostility from the other monster girls!

With rumors of a "Legendary Monster Girl" bent on world, destruction starts to circulate, mankind is forced to take a stand. Io must now investigate the origins of the occurring phenomena, taking his childhood monster girlfriend along with him on a sexy adventure into the world of monsters.

Featuring a classic 3D dungeon crawling JPRG experience with a lot of fanservice, players will be able to delve deeply into dungeons with a party of gorgeous anime styled monster girls and engage in exciting tactical battle with a focus like no other game; players can target and exploit the weak spots of enemy monster girls, with an outfit degradation mechanic accompanied with an appropriate animation.

As well, since Moero Chronicle is the follow up to Monster Monpiece, the notorious "vertical rubbing" mechanic returns, improved with more over the top sounds, animations, and poses - used for capturing the hearts of the many monster girls that players will encounter.

If you are familiar with Moe Chronicle (Multi-Language), why not let others know?