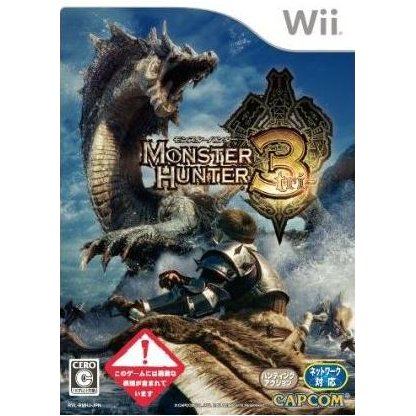 See the nature unfold before you as you step on the island, there are lush green forests, dark caves and the deep blue sea. Hidden within the island are monsters that you have to defeat. These gigantic beings sometimes band together to protect themselves and sometimes combat with each other for food, domination or land.You, a hunter, is placed on the top of the food chain, or at least, fight to get and stay there. Join up with friends and take up quests, take the monsters' hide, talons and fangs to form more powerful weapons.

If you are familiar with Monster Hunter 3, why not let others know?

[This review is based on another version of this product]
Tocinito (13) on 07, Apr. 2017 12:12 (HKT)
Nice monster hunter game
This game is pretty good. It is very similar to the Wii one, but without the submarine battles and the dark caves.

Some japanese is needed, but there are some guides, like items translations, available on the web.

It's based on the PSP version, so the camera movement is not that fluid compared to the wii version.

A must have for every monster hunter fan (even with the Ultimate version available for Wii U and 3DS).
[This review is based on another version of this product]
kouenhasuki (28) on 22, Nov. 2016 17:39 (HKT)
Another solid entry
Another solid entry in the Monster Hunter series!

The game is in full japanese however with a little googling you can find a wiki page that covers your mission objectives!

This also includes ADHoc party and ONLY the Japanese one loaded on the disc will work with this game so its worth noting if you plan to play some multiplayer, also you can only play multiplayer this way with your PS3 connected via Ethernet as it will want your wireless for turning into a Adhoc hotspot ;)
[This review is based on another version of this product]
blittzz (22) on 27, Oct. 2014 17:05 (HKT)
Monster Goodness
I have been waiting for this collection forever and have finally found it thx to Playasia. This is a must have for the collector in you, offering a nice packaging and decent inserts. JUST GET IT.
[This review is based on another version of this product]
gato26 (83) on 13, Sep. 2013 12:03 (HKT)
Nice Port to HD!
It looks awesome! It is great on PSP, but it is GREATER on PS3!

If you are a fan of the series, you will get it. I wish this was on english, but is still a cool addition to my personal collection.
orekoug (68) on 07, Sep. 2013 21:44 (HKT)
best of the best
Mh 3 the best representative of the series ..and one of the best action/rpg games of the generation
1 »